YouTube "Demonetization" Sparks Creator Backlash - Will They Migrate to Other Platforms? 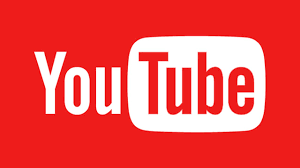 If you answered yes to both, then you may have also been impacted by YouTube's "demonetization" process - and if you have you probably don't even know it.

YouTube's demonetization became a hot topic on social last week, with the hashtag #YouTubeIsOverParty - which proclaims the death of the video platform - being tweeted more than 174,000 times in less than 24 hours.

So why are YouTubers so upset, and what the heck does "demonetization" even mean? Here's a quick rundown of the issue.

Back in 2012, YouTube started automatically detecting and removing videos from monetization eligibility because the content was deemed unsuitable to be shown ads alongside. YouTube had grown increasingly concerned about potential issues where advertisers might be tangentially linked to offensive material, so they implemented a system which simply removed ads from content found to be in violation of their content guidelines.

Those guidelines, for context, are as follows:

Makes sense, right? YouTube felt that the risk of having advertisers somehow linked to potentially offensive material was a risk so they removed them from ad placement entirely.

The problem is, YouTube never told their creators about this. This means that if your video had been demonetized, you weren't told, and you likely would never have known had you not looked at your analytics.

For example, here's a graph showing the ad revenue from one YouTube video that was impacted when the demonetization parameters were broadened back in 2015 - the slight blips on the blue line after demonetization came as a result of YouTube Red revenue.

Except, that's not how the news was received.

While YouTube's trying to enhance connection with their creative community by clarifying such measures, the general response creators had was "wait, you've been removing monetization potential from my videos for four years - without telling me?"

Several prominent YouTubers have criticized the demonetization process, including Philip DeFranco, who has more than 4.5 million subscribers.

Youtube: This isn't a policy change, its just a notification/appeal change.
Me: So before you were just turning off ads and not emailing us?

DeFranco says YouTube has blocked advertising from around 40 of his videos - though he doesn't believe his content violates any of the prescribed guidelines.

Another YouTuber, Melanie Murphy, says that she's had monetization potential removed from her content, even though there's nothing offensive in her posts.

Some others, meanwhile, have since successfully appealed their demonetization rulings, including Hank Green of the Vlogbrothers.

The Vlogbrothers probably got the most hilarious demonetization notice. Shows the variety of content affected. pic.twitter.com/lRrGkN5HSY

And therein lies a big part of the problem. You see, the de-monetization process is dictated by an algorithm and the algorithm, according to various reports, is making mistakes. This, in turn, means YouTube is unfairly penalizing contributors, and has been for years, which, again, is fuelling increased angst amongst the platform's creative community.

According to a YouTube representative, demonetization has affected less than 1% of partner videos, while their appeal process has a turnaround time of about 24 hours, which is the best they can do in the situation. But still, four years of non-notification isn't great, particularly at a time when other platforms - namely Facebook - are trying to steal away their creative talent.

It's hard to know what sort of longer-term damage YouTube's demonetization fiasco will have. Clearly, creators are annoyed - and rightfully so - but unfortunately there's not much they can do to recover lost revenue. The bigger query now lies in how they respond.

On that front, you can bet that Facebook is watching closely and is considering how they might be able to swoop in and offer new exclusive content deals for Facebook Live to sway some of those jilted publishers over to their side.

Will creators be lured across? Will demonetization transparency - something YouTube implemented to improve creator relations - actually see more people shift to other platforms as a result?

It's another interesting chapter in the ongoing battle for online video supremacy.