Published May 9, 2017
By
Bernadette Coleman CEO

OK, I'll admit it - I am a 59-year-old Facebook junkie. Facebook's success in the last decade has been nothing short of extraordinary, and I've been on the bandwagon ever since I discovered it. As a matter of fact, it's hard to imagine a world without Facebook. I use it both personally and for my business, daily.

At first, I wondered if Facebook would go the way of MySpace, but all that negative thinking is far behind me. Today, even Google struggles to compete with them, failing to take any significant market share with the rollout of their Google+ platform in 2011.

With all that being said, it's important for small businesses, brands, franchisees and marketers to keep up with their social media presence, their location pages, and marketing opportunities on Facebook. With nearly two billion active accounts, they have the largest audience in the world. Not to mention, Facebook's also testing an enhanced local search feature that could see the social network creeping in on Google Maps, Foursquare and Yelp territory. 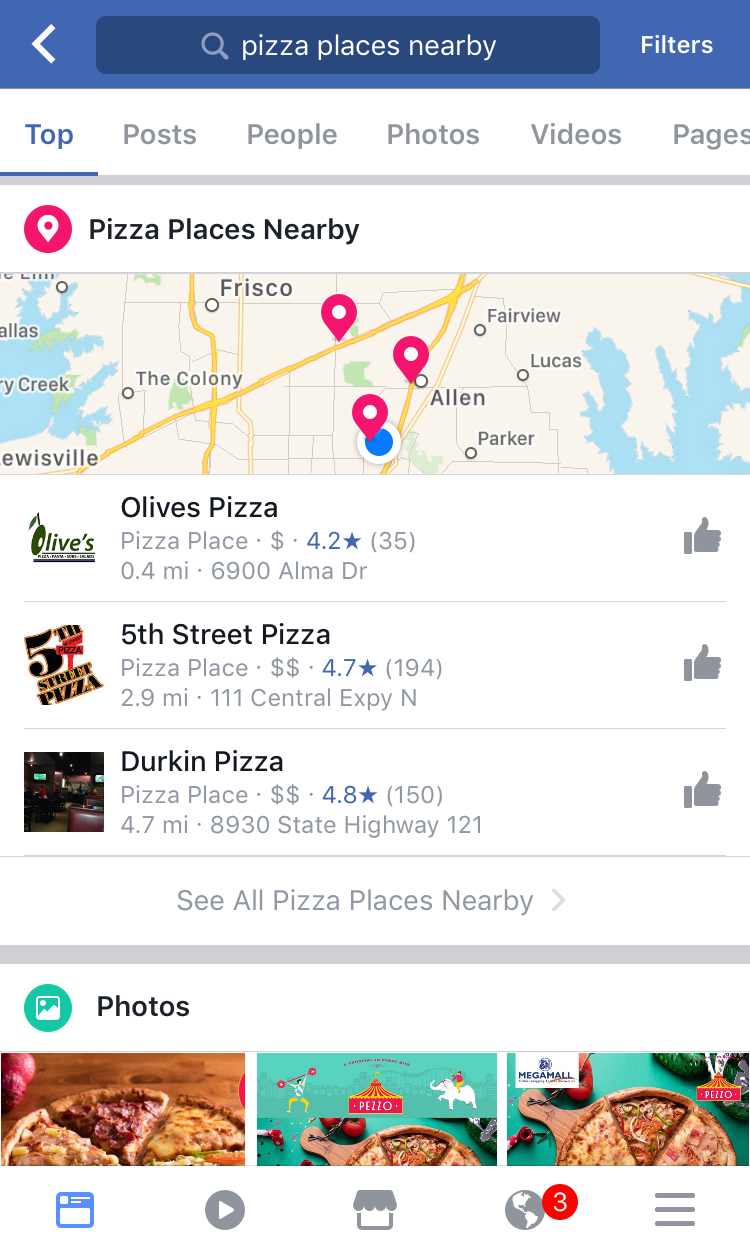 An example of Facebook's proximity search

Given how often new features are launched on the platform, even experts have to scramble to stay up to date. Nonetheless, it's important to do so. Yet today, there are still millions and millions of unclaimed business location Pages on Facebook. Many of them - if not all of them - will show missing information, incorrect data, possible negative reviews and totally inappropriate pictures, causing those businesses a host of problems: upset clients, lower rankings, and loss of customer support.

Finding, claiming, and connecting these Pages takes time, especially for larger brands. This is time that many small business owners, brands, and franchise owners simply do not have. And that's why we make sure that every client of ours has an opportunity to optimize their Facebook Pages as part of their local search strategy.

Don't believe it's important yet? I haven't convinced you? Here are six critical Facebook facts that should sway your thinking.

As part of an ongoing examination of social media and news, Pew Research Center analyzed the scope and characteristics of social media news consumers across nine social networking sites and determined that the majority (64%) get their news from Facebook.

These people prefer Facebook because they can influence the kinds of stories that show up in their feeds - over time, this creates a perfectly calibrated stream of news that fits their preferences.

As a marketer, the lesson here is simple: if you want your news to be heard, you'd better put it on Facebook.

2. Five new profiles are created on Facebook every second

Facebook, the company, has more than 1.9 billion users, far more than any other single media business - and it's still growing by leaps and bounds.

The addition of five new profiles per second adds up to a rate of 18,000 new users each hour.

This serves to reinforce the point that Facebook has yet to reach its peak - the platform's going to have an even larger market share in a few years. This may be hard to imagine, but important to keep in mind.

Facebook and Google accounted for about 99% of the $2.9 billion in advertising growth in the third quarter of 2016, with Google making up about 54% of the total and Facebook about 45%, leaving just 1% for everyone else.

A large portion of the internet is monetized through advertising. With so many major companies selling ads, it's astonishing that Facebook took 22% of that revenue.

On the other hand, it makes a lot of sense - Facebook's daily active users are loading the site billions of times per day in aggregate. Every time they do, Facebook can serve several ads to them.

Furthermore, Facebook has more user data available to them than any other advertiser on earth. That's a huge advantage that isn't going away. Even Google advertises on Facebook. 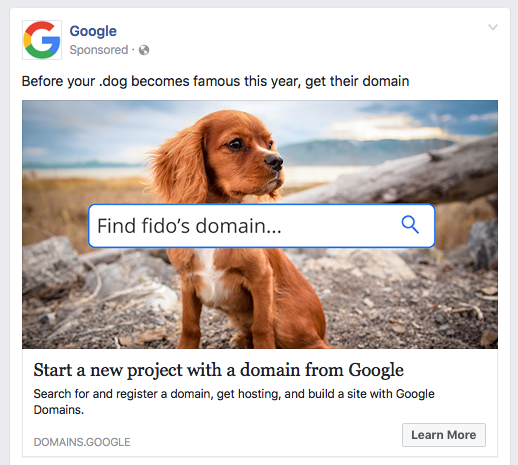 Communication is not the main purpose of a phone anymore - now it's more of a pocket computer that doubles as a communication device.

Mobile is here to stay. If you can educate or entertain people, you'll get their attention through their phones.

For app developers, advertising on Facebook provide significant opportunity, and for other marketers, this means inside the most utilized apps is where you need to be. 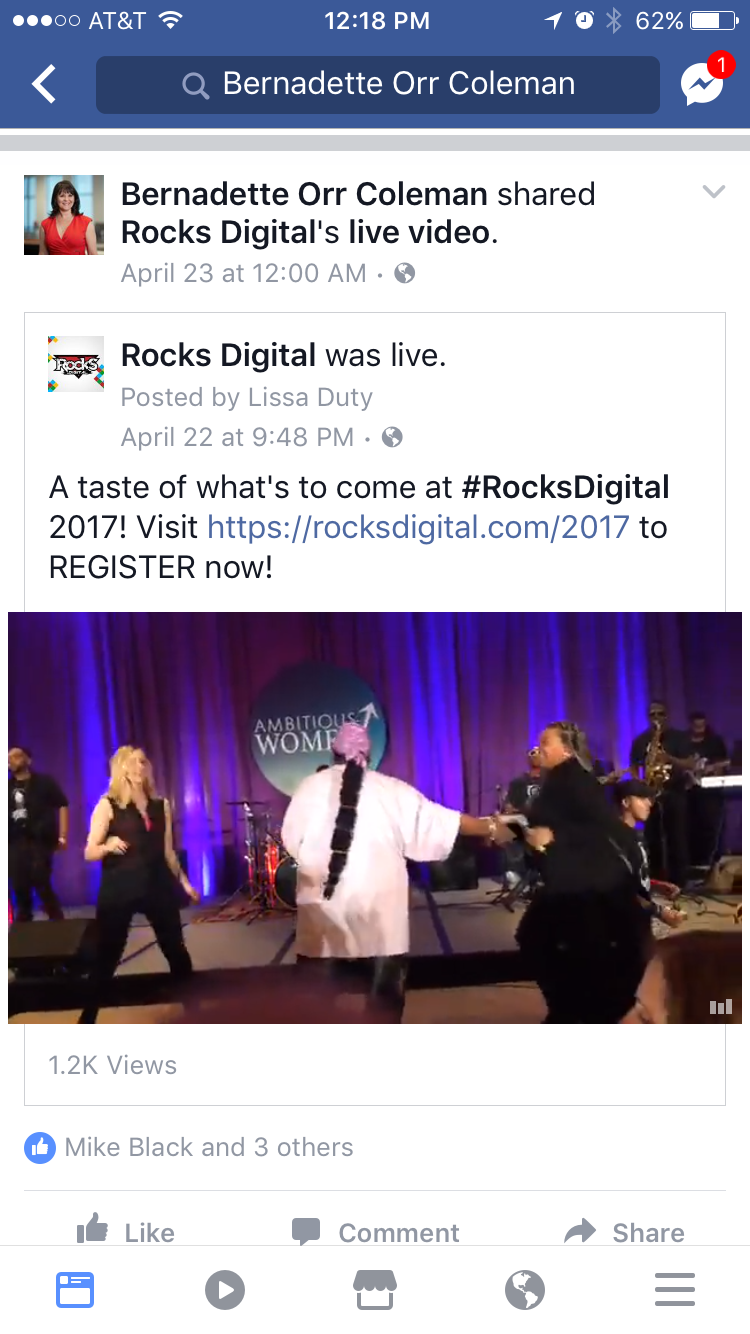 YouTube should be worried about Facebook's recent push toward video, with new feature updates encouraging users to engage with more video content.

Videos in Facebook's News Feed used to be silent by default, requiring the viewer to click to hear audio, however Facebook's in the process of changing this to have audio on by default. This is going to be a big shift in the way users interact with the News Feed.

This change means that, if you haven't disabled the feature in Facebook's mobile settings panel, every video in the news feed will have audio fading in as you scroll past it.

Facebook's been planning this change for nearly two years. It's not a small decision to make. Only time will tell if it leads to an increase in viewership.

Perhaps where Facebook's user statistics shine the most is the percentage of monthly active users that use the service every single day. This rate, often referred to as Facebook's engagement rate, was 66% throughout 2016 - up from 65% in 2015. This means that two-thirds of users (including myself) are visiting Facebook each day. This alone has huge implications for your marketing strategy.

You want your brand to be as close to the top of the News Feed as possible every time your fans visit the site. If 66% of them are checking their feeds daily, that means you need to post at least once a day, and if possible, more.

When you make your brand available at all times, your fans will get into the habit of looking for your content, they'll expect to see you every time they visit Facebook. If you can instill this habit into the majority of your fans, you'll never worry about reaching your audience again.

As Facebook continues to increase its focus on local businesses, with features like nearby search, beacons and place tips, managing your Facebook location Pages is becoming increasingly more important.

Facebook is actively mapping connections between consumers and the local businesses they interact with, so, it only makes sense to ensure that your business data on Facebook is correct, accurate and up-to-date. Trust me on this one.