Here's a quick one - since the launch of their re-vamped mobile app last December, LinkedIn has seen a big increase in on-platform messaging - 240% growth in messages sent, to be exact. To better facilitate this, they've introduced a range of new messaging features and updates, including improved messaging integration into other areas of the platform (including scheduling) and the coming automated LinkedIn InBot system, which will likely evolve to become an automated personal assistant tool.

As another new addition to encourage more LinkedIn messaging use, the platform has today announced a new 'Conversation Starters' tool which will provide users with prompts to help initiate interactions with other members.

As shown in the video, to use the new tool, when you go to compose a message on LinkedIn, you can now click the new light-bulb icon which will bring up a list of suggestions for ways in which you can reach out to this particular contact. 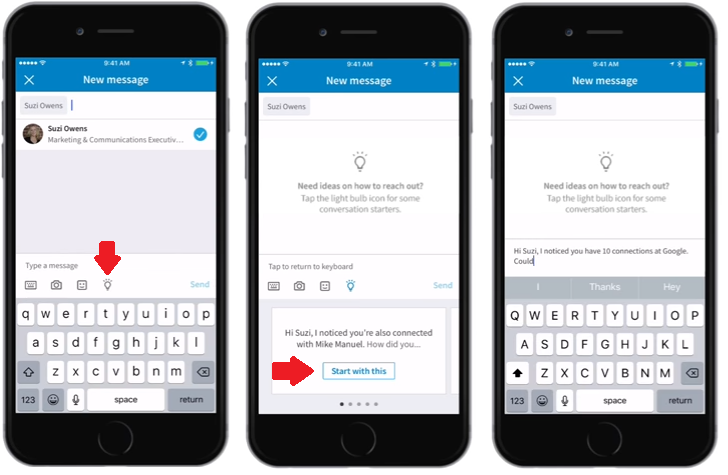 The tool aims to ease the process of reaching out to connections.

As noted by LinkedIn:

"We know that reaching out to reconnect, ask for advice or network for potential job opportunities can be intimidating. How do you start a conversation with someone you haven't spoken to in months?"

Examples of the types of conversations starters suggested by the tool include:

It's a small but potentially beneficial addition which could help facilitate even more messaging and interaction on the platform.

Conversation Starters is rolling out to all users from today.