Facebook have released the latest edition of their Hot Topics report, which looks at the most mentioned issues across The Social Network, along with who they were being discussed by, in terms of demographic groups.

So what were the issues gaining the attention of Facebook users in September? 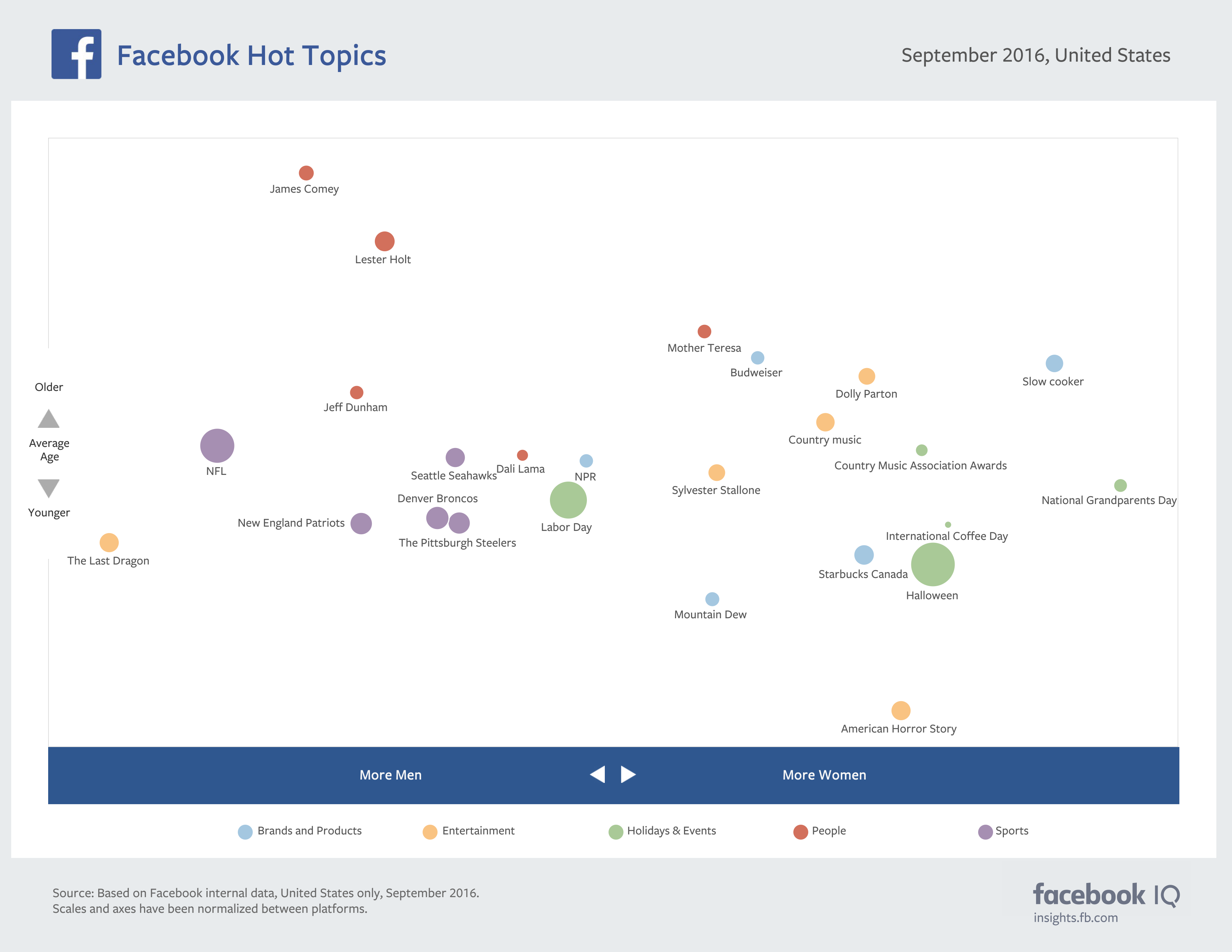 The Labor Day holiday was a big focus, as are all seasonal holidays and events. It's hard to take much from those as data points - it's almost not even worth including them in the listing - though they do underline the need to keep seasonal events in mind in you Facebook marketing and outreach efforts. And strange that Halloween is such a popular topic of discussion so far out - it gathered a lot of mentions last month too (with the discussion also lead by younger female users).

The return of the NFL was also a big focus, while Fall TV shows also got some attention with younger female users particularly fond of "American Horror Story".

Interestingly, the moderator of the first Presidential debate, Lester Holt, rates a mention (amongst older male users), but neither Donald Trump nor Hillary Clinton are listed. My assumption here is that both are discussed at such a steady rate that there's been no increase in mention volume, so Facebook's chosen to omit them from the listing of Hot Topics. They do the same in their "Topics to Watch" report, identifying only issues that are trending beyond their normal volume - otherwise things like "Lunch" would be listed in every report. 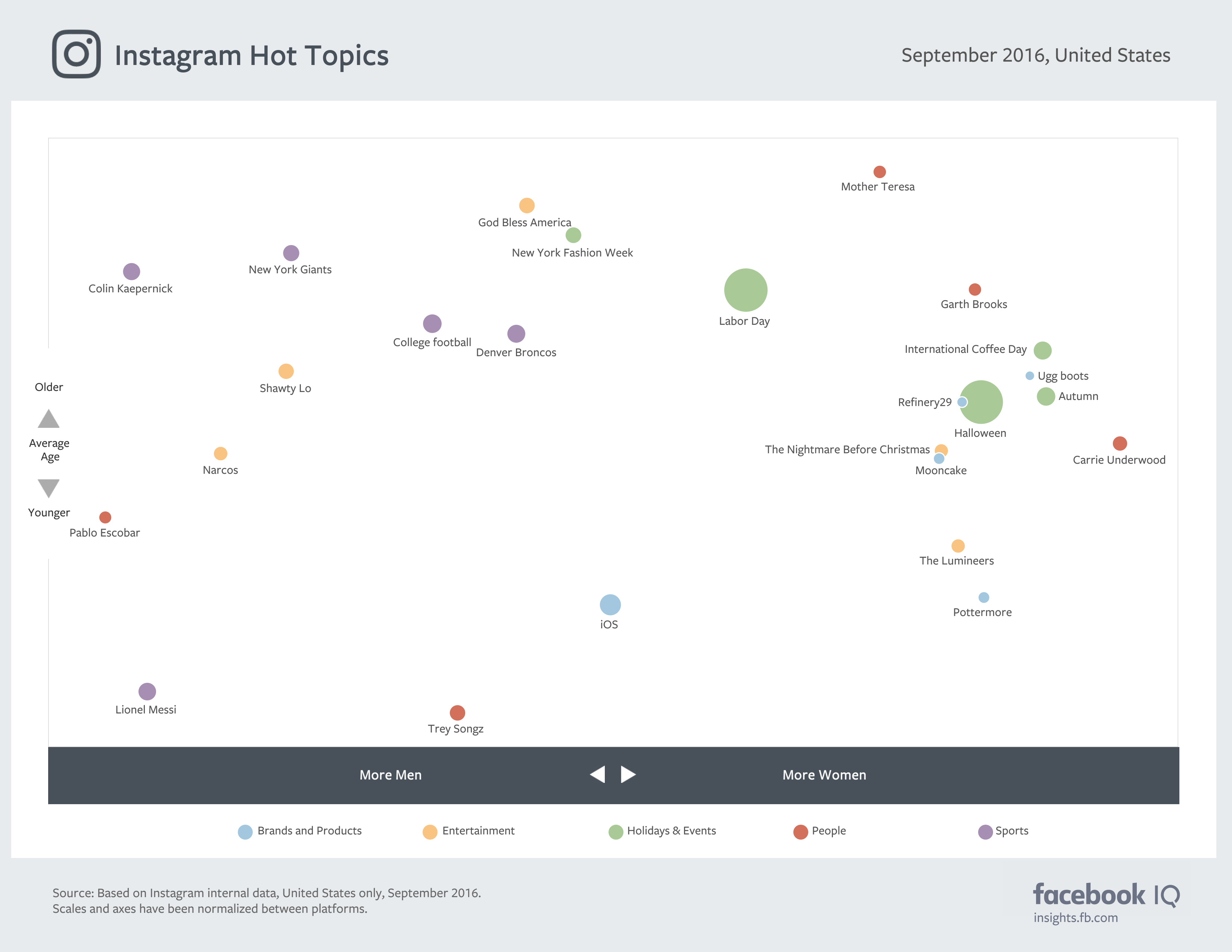 Normally there's a clear delineation between the two listings, but they seem very similar this time around. That said, there were more entertainment based discussions on Instagram, with things like the new Harry Potter book making the list.

As always, Facebook has also included Hot Topics reports for: 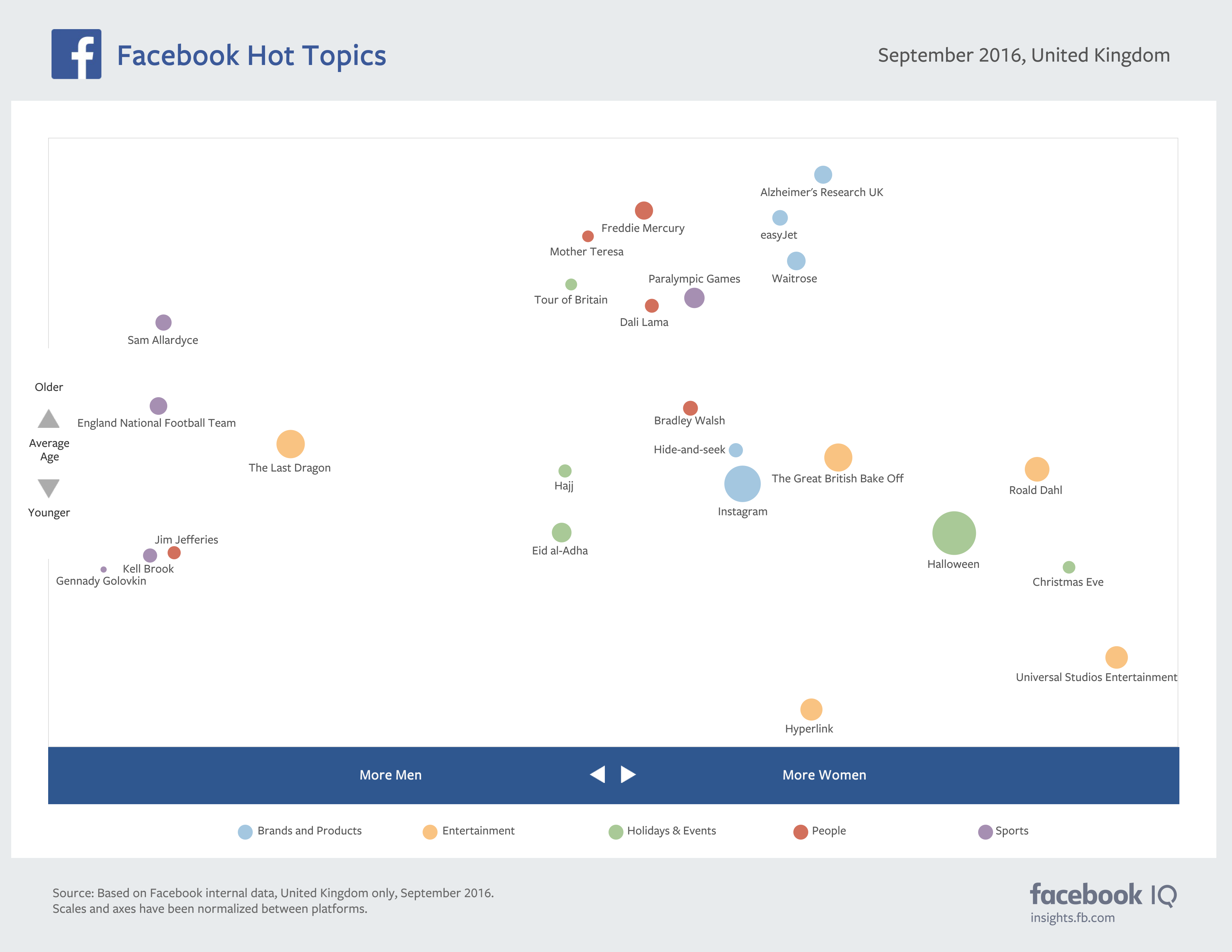 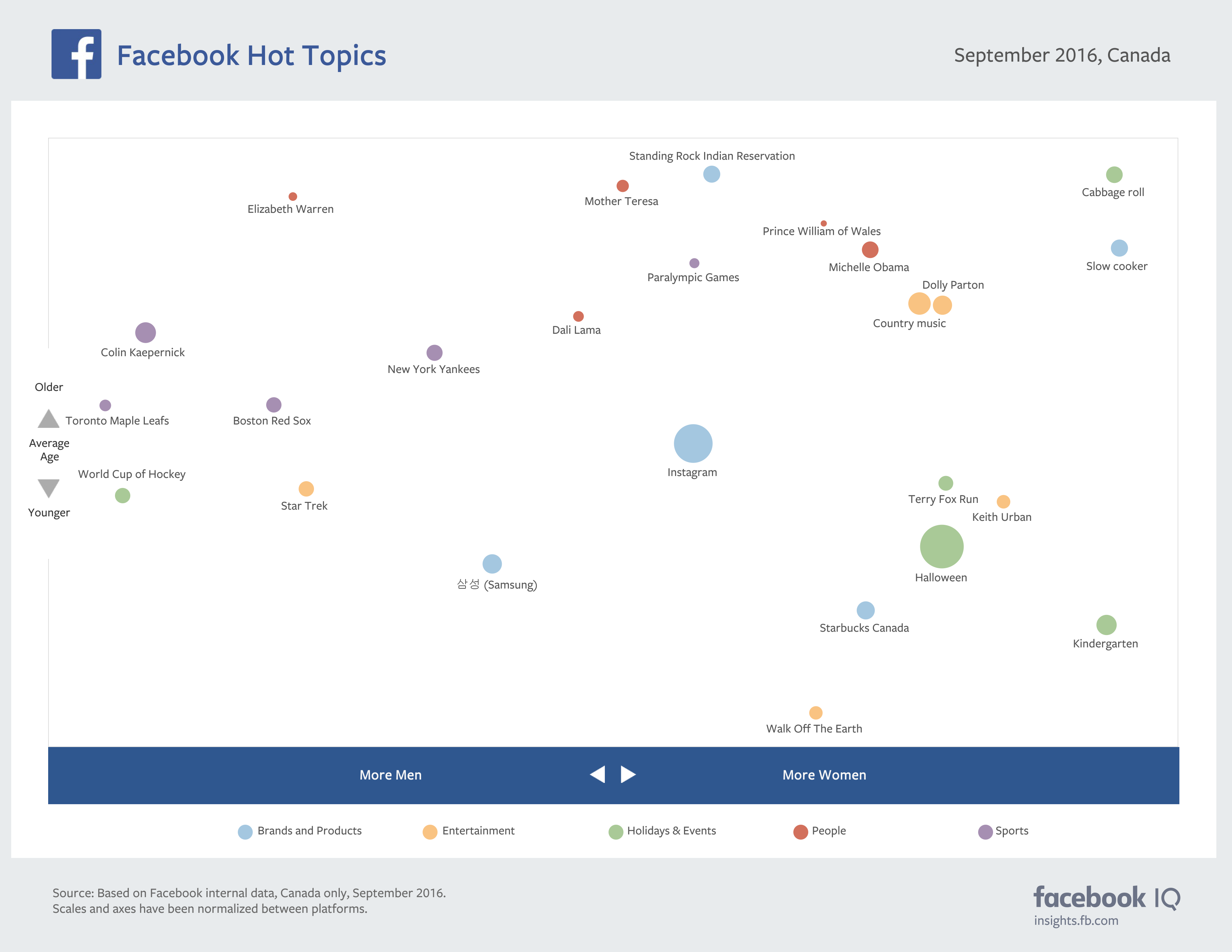 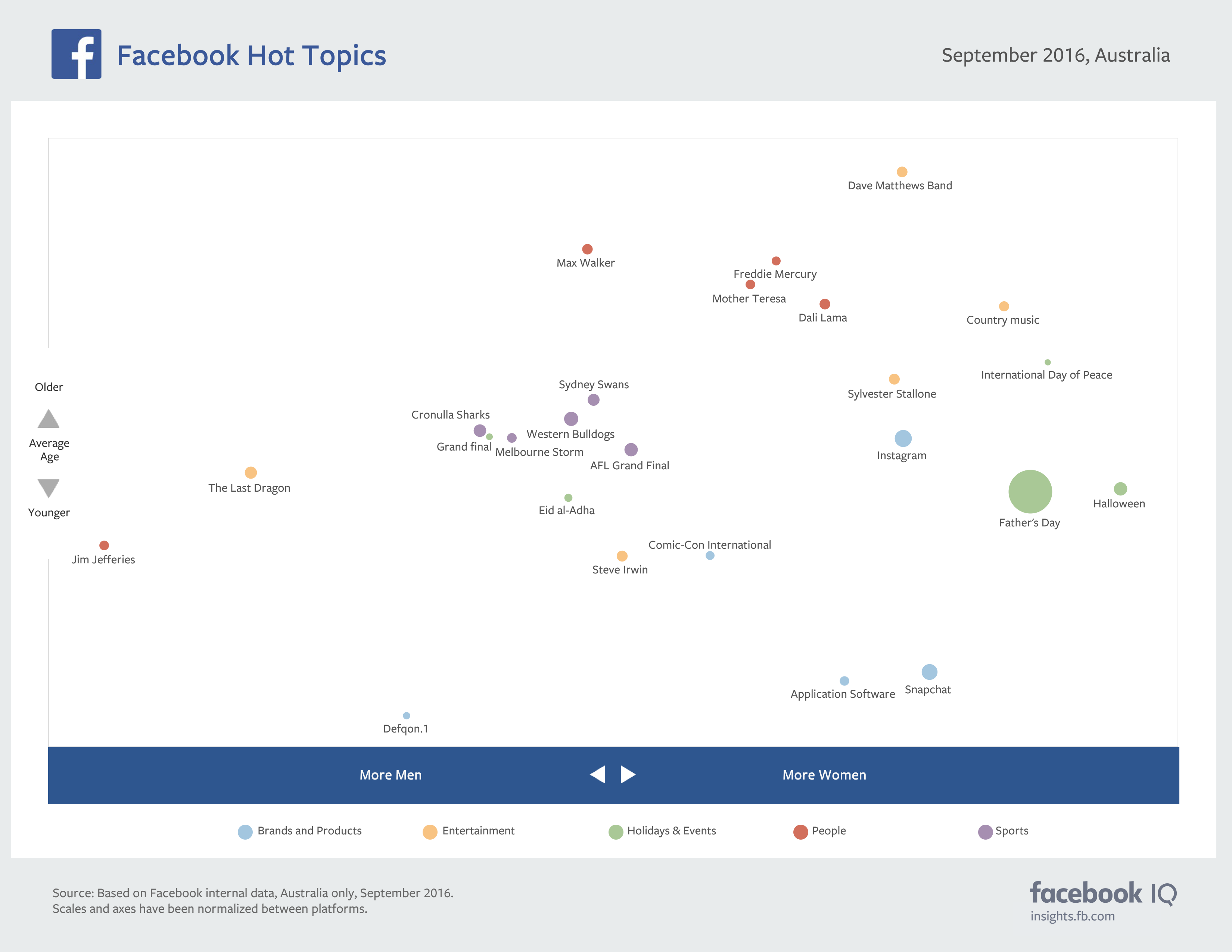 Always worth a read, the Hot Topics reports provide additional insight into what's resonating with Facebook's audience, and can help provide you with more context as to what's of most interest to your target audience on the platform, helping refine your marketing approach.

You might even find a new angle you hadn't thought of relative to your specific market.