The Business of Bots: Why Snapchat's Snapbot is Smart Marketing 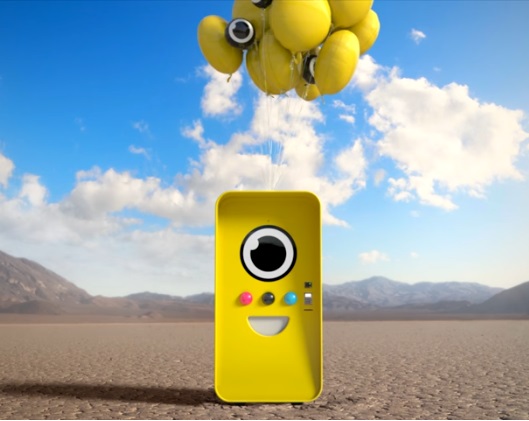 They're bright yellow with a single, all-knowing eyeball, a wide grin, and a penchant for showing up in random places, usually festooned with a bouquet of balloons. Meet the "Snapbot" from Snap Inc., a vending machine that allows users to buy Spectacles, the company's trendy wearables which enable users to record video clips directly from their sunglasses.

Last year, I praised the release of Spectacles and the bots you can shop from as one of 2016's biggest developments in social media marketing. Since then, a Spectacles pop-up shop opened its doors in New York City, the first store location where one can purchase a pair of Specs. However, the store's opening hasn't cooled off the hype over Snapbots.

Here's what the brand is getting right about marketing.

The key word for Snapbot is "one." A bot's landing is specifically chosen for "places where you're excited to make memories." Only one bot travels across the United States, landing in one location at a time for just one day. Using the map on the Spectacles site, you can count down when the next one is scheduled to arrive. The Snapbot machine even has a cute mythology of its own - arriving by floating from the sky and waking up upon landing.

Let's discuss the Spectacles pop-up store in New York. Parked across the street from an Apple store, and open from 10 AM - 10 PM, you might think this shopping experience would be similar to shopping at Apple with dozens of registers, employees, and products get you in and out quickly.

The store offers up plenty of Spectacles, but you have to be prepared to wait in a line of hundreds. Once you make your way inside the store, Specs may be purchased from a single bot machine which is separated a bit away from the line.

The experience doesn't differ in the pop-up any more than it would at a random Snapbot location either. You still have to wait in line, plus the pop-up shop will only be open through February 19, keeping the countdown going for the arrival of the next Snapbot.

We live in a time where new technology tends to oversaturate on launch. Events are held (and live tweeted) about upcoming new releases. Media and influencers get the goods complimentary so they can write reviews and post on social platforms to add to the hype. And audiences, hungry for the latest update, are able to place pre-orders in-store and online to be one of the first to acquire it.

None of the above has happened with Spectacles - yet. Specs cater to their fan base and the only way to get a pair is by visiting a Snapbot. Even early press pieces were based on impressions from Snap users that acquired a pair and tried them out. Overall, it's an interesting approach to supply and demand in an era of endless shopping avenues. You can't go online and buy Spectacles whenever you feel like it. You can't cut to the front of the line with a pre-order. For now, you just have to wait and see where the next bot will land and wait to make the purchase.

Spectacles are worth the wait

Snapbot aside, as a business, Snap Inc. has nailed it's product and made wearables cool - no easy feat. Wearables have long had a reputation for being overpriced, clunky, and inaccessible which Spectacles turned on its head. Priced at $130 apiece, these glasses are affordable and well-made, able to charge in their case. You can choose between three colors - black, coral, and blue - and virtually try the glasses on in front of the Snapbot (the bot's "eye" switches to a screen that enables you to see how you might look in each color). And then there's the glasses, which allow users to easily record videos through a 10-second Snap and capture a slice of the world without using a smartphone.

Only time will tell how Spectacles endure with fans (and evolve, since I imagine they may go the way of iPhones and release glasses with updates), but the cheerful Snapbot and its TBD travel agenda do more than provide a product to fans. It surprises and delights, making the arrival of this vending machine something to anticipate as well as celebrate.