The world of online copyright is complex, with many legacy laws failing to adequately cater to evolving digital eco-systems.

And what if you're a visual artist, and such content is your key source of income - does that make any difference with respect to potential compensation for unauthorized usage?

In the latest challenge to such regulations, The New York district court has ruled against photographer Stephanie Sinclair who had sought to sue Mashable over an embed of one of her images, which had been posted to Instagram, within a Mashable story back in 2016.

In her initial filing, Sinclair argued that Instagram's terms around such usage were unclear and "subject to different interpretations". Sinclair also suggested that Instagram's market dominance effectively forces photographers to cede to its rule, whether they like it or not.

"Plaintiff argues that it is unfair for Instagram to force a professional photographer like Plaintiff to choose between “remain[ing] in ‘private mode’ on one of the most popular public photo-sharing platforms in the world,” and granting Instagram a right to sub-license her photographs to users like Mashable. Unquestionably, Instagram’s dominance of photograph- and video-sharing social media, coupled with the expansive transfer of rights that Instagram demands from its users, means that Plaintiff’s dilemma is a real one. But by posting the Photograph to her public Instagram account, Plaintiff made her choice.​"

That's an interesting perspective - in order to gain exposure, photographers, in many cases, need to post their work to platforms like Instagram, which has over a billion active users, to reach an audience and compete in the market. But in doing so, photographers, and any other relevant professionals, also need to agree to Instagram's rules, which effectively allow their work to be re-produced via embedding.

The debate around fair use regulations, in relation to Instagram specifically, has been ongoing in professional circles for years.

Back in 2015, controversial artist Richard Prince held an exhibition of other people's Instagram posts, which he had altered slightly, blown up to 65 X 48 size, then re-printed on canvases. 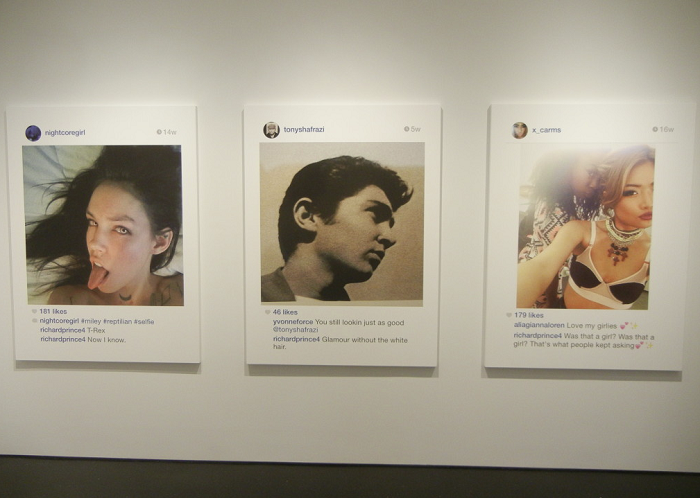 Prince did not seek permission from the creators to use these posts, and went on to sell several of his pieces for well over $100k each. He's been subsequently sued by several of the creators over time, but all of those cases - thus far - have failed, with Prince's lawyers arguing that his interpretations of the works are 'transformative' and therefore significantly distinguished from the original.

In this instance, Prince has also taken the works away from the Instagram environment, which makes the issue more complex - but he has also included Instagram-style framing on each, adding to the variation. Again, if Prince were to have taken someone's original image, without the Instagram frame, it would be a clear-cut violation of copyright, but with Instagram's terms of service allowing for public display, contingent on its rules, the waters are muddied, and it's less clear who actually has the right to use and re-purpose such content.

From an everyday users' perspective, best practice is to always seek permission from the original creator, and attribute credit for any content used where possible. But, based on this latest finding, you are relatively free to use Instagram content embeds on your website or in your content as you see fit.

That doesn't mean that you should - if you're going to make money off an artists work, they deserve to be paid their share. But the Sinclair vs Mashable case underlines, once again, the complex nature of copyright as it relates to the online environment, and social media posting in particular.