This week, Facebook is hosting its annual F8 conference in which the company showcases its coming additions, updates and more. There are too many announcements to include in a single post, so we're breaking each down by topic. In this post, we'll look at the features announced for Instagram, which include updated camera functionality, a test of hiding like counts and a new option to 'Shop from Creators' posts.

The big F8 announcement for Instagram is 'Shop from Creators', a new option which will facilitate direct buying from specific users and their posts. 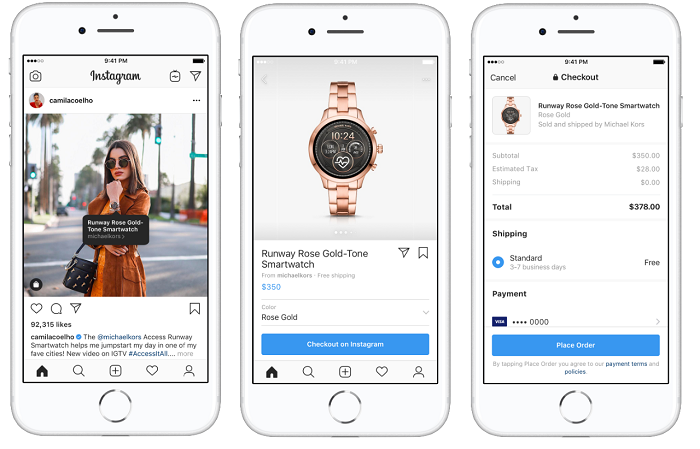 "Starting next week, you'll be able to shop inspiring looks from the creators you love without leaving Instagram. Instead of taking a screenshot or asking for product details in comments or Direct, you can simply tap to see exactly what your favorite creators are wearing and buy it on the spot. Anyone in our global community will be able to shop from creators. We’ll begin testing this with a small group of creators next week, with plans to expand access over time."

The option will provide more opportunities for Instagram influencers to generate revenue from their posts, by providing them with more direct connection to brand promotions, while it'll also help fuel the rising influencer economy on the platform, and make it a more prominent marketing consideration.

That's important, because Snapchat is also targeting the same influencers, and looking for ways to boost its appeal to prominent users in order to keep them posting Snaps. As Instagram adds in more options, it further squeezes Snapchat's potential in this respect.

Instagram's also adding an option for users to raise money and awareness for nonprofits they care about via donation stickers in Stories.

"You can create a fundraiser and mobilize your community around a cause you care about, with 100% of the money raised on Instagram going to the nonprofit you’re supporting."

Given Instagram users tend to be more socially aware, and aligned with what users (and brands) stand for, it makes sense for Instagram to add more ways to facilitate such.

The option will initially be made available to US users only, with more countries to follow.

In his keynote presentation, Instagram chief Adam Mosseri noted that he and his team are trying to learn from the popularity of Stories, which is more intimate, and less interruptive, in order to help it form a roadmap for the app's other elements. 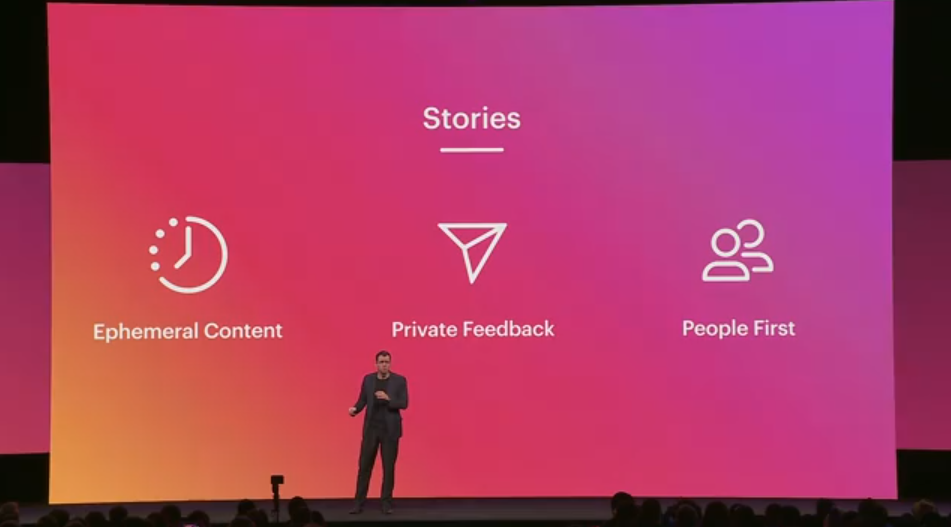 That's resulted, Mosseri says, in Instagram reducing the focus on follower counts in the latest version by making them less prominent, while they're also testing hiding like counts to reduce the emphasis on vanity metrics.

Mosseri explained this, saying that it would begin testing this on a larger scale from later this week.

"A bigger idea is something we're starting to experiment with later this week called 'private like counts'. What private like counts mean is that as you scroll through [your] feed, there are no like counts. You can see who liked a photo or video, you can tap through it, and if you have the time you can add them all up yourself. The owner can see how many people liked their photo, but only if they ask. It's because we want people to worry a little bit less about how many likes they're getting on Instagram, and spend a bit more time connecting with the people they care about."

This is a significant change, which, while it's not going into full roll-out straight away, is something that both regular users and marketers need to take into account, in terms of its immediate impacts and the future direction of the app.

Instagram has long been criticized for putting too much emphasis on vanity, and fueling the proliferation of unrealistic body types through the highly staged, airbrushed, edited photos that users post. That's not Instagram's fault, but the focus on aesthetics, combined with the app's popularity among younger audiences, has lead to problems. Case in point - according to a survey conducted in 2017, Instagram is "the worst social media network for mental health and wellbeing", with the platform contributing to higher levels of anxiety and depression, among other issues.

Given this, it makes sense for the platform to be making this element a bigger focus, but it could have a significant impact on platform dynamics more broadly. With Instagram utilizing an algorithm to highlight content, post likes will still serve a ranking purpose, but the reduced visibility of such could have an impact on how users interact with posts, and engagement rates.

It's too early to predict the potential impacts here, but definitely an area to watch.

And lastly, Instagram is rolling out a new camera design, including 'Create Mode', which will give users an easier way to share "without a photo or video". 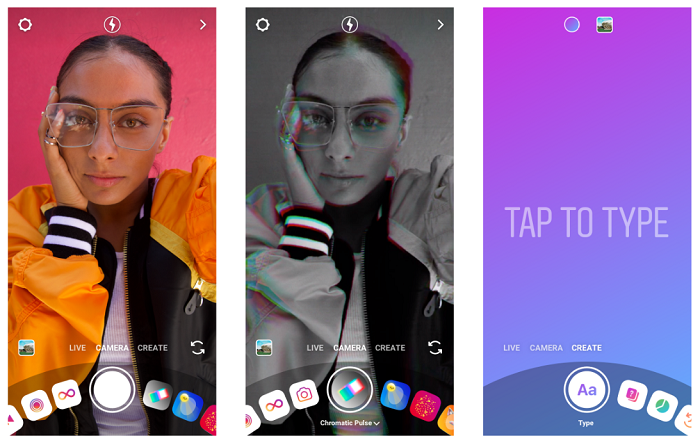 As you can see here, the 'Create' camera option (in the last frame) opens to a blank canvas, inviting the user to try out more of Instagram's creative tools, including effects and stickers. Users have been able to create the same effect by holding down on the screen with the paintbrush, but this will make it more accessible, and could see more users checking out the tools on offer as a result.

There's a heap to consider here. Instagram is currently the fastest growing social media platform, and as more people spend more time in the app, marketers are also paying more and more attention. Given this, it's important to note not only the updates themselves, but the in-app behaviors Instagram's looking to cater to and foster, as that can help give you an indication of where the app is heading, and what's working best on the platform.