They may not be fully functioning AR glasses, as such, but Facebook’s preparing to launch its first foray into wearables, with the initial iteration of its smart glasses set to be released, in partnership with Ray Ban, later this week. 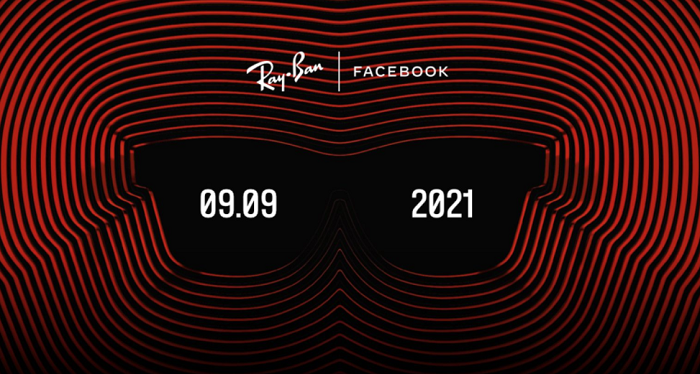 This image was posted on the Ray Ban website this week, coinciding with some examples of the new smart glasses in action, shared by Facebook’s head of AR/VR Andrew Bosworth.

Which is interesting, and it’ll be especially interesting to see how, exactly, Ray Ban integrates the camera elements into a cool, fashionable design. But then again, Snap’s Spectacles were released five years ago, so people have had the capacity to capture footage via sunglasses since 2016.

Why will people care about a Facebook-specific version of the same?

The longer-term plan, of course, is for Facebook’s smart glasses to become fully AR compatible, with a heads up display that will overlay digital elements on your world view.

That’s what Facebook previewed with its ‘Project Aria’ experiments in September last year, with this video outlining the potential of AR glasses in various contexts.

The announcement seemed to suggest that Facebook was close to that next stage - but then, in January this year, Bosworth sought to temper expectations by noting that the initial version of its glasses would not be AR equipped.

“These are certainly connected glasses, they are certainly providing a lot of functionality, [but] we’re being quite coy about which functionality precisely we are providing. We’re excited about it but we don’t want to over-hype it. We’re not even calling it augmented reality, we’re just calling it ‘smart glasses.’”

Which, given the initial promise of the project, seemed to be a letdown, but really, Facebook likely needs to establish product lines and manufacturing, and measure demand for its smart device as part of its development. Ideally, that would still incorporate AR functionality, or support it in future – but maybe, this is the only way forward for the project, and the only way to iterate into that next stage.

But then, as noted, why will consumers care, seeing as though they can already buy Snap’s Spectacles which enable the exact same capacity?

In this sense, Facebook will be hoping to use its scale to boost take-up of its smart glasses, with the direct connection to Facebook and IG - as opposed to Snapchat - providing the lure that will get people to buy the new device.

At the same time, you can already anticipate the coming privacy backlash, with a new conspiracy on the horizon about how Facebook is tracking what you’re looking at through the glasses, and serving you ads for things that you’ve seen, or how Facebook is recording video without people knowing, then storing such for nefarious purpose.

None of these theories will be correct, but no doubt Facebook will need to prepare for the worst, with the launch set to open up a new range of concerns for Facebook’s PR team, that will spark a whole new side story of Zuck and Co.’s global takeover plans, and how using such devices will forfeit your liberty.

Maybe that’s why Facebook is keen to get the first iteration out there, so it can start to counter public perception now, so that by the time it actually does have fully-functional AR glasses ready to ship, it will already have solid processes in place, and the initial concerns around such will have died down, paving the way for optimal take-up.

Whatever the logic, it does look like we’re set to see the first iteration of Facebook’s smart glasses this week, which will likely mark the first step of the next stage of digital connection.

You can sign-up to get a release notification about the Facebook/Ray Ban glasses here.