Pinterest Shares the Results From the First Stage of Its Creator Fund, Welcomes Applicants for Next Phase

Published May 25, 2021
By
Andrew Hutchinson Content and Social Media Manager

The race to retain talent on social platforms is now truly heating up.

Back in April, Pinterest announced its new 'Creator Fund' initiative, through which it would provide $500k in funding to facilitate support for creators from underrepresented communities.

The program, available only in the US, was launched because Pinterest recognized the need "to uplift Creators and communities that have been disproportionately underrepresented on the platform". Couple that with the pandemic, which has had a more significant impact on minority communities, and Pinterest saw the opportunity to provide a level of assistance, while also helping to fuel the next stage of dedicated Pin creators, and get more unique content on its platform.

Now, Pinterest has provided an overview of the results from the first stage of the program, while also opening up applications for the next phase of Creator Fund funding. 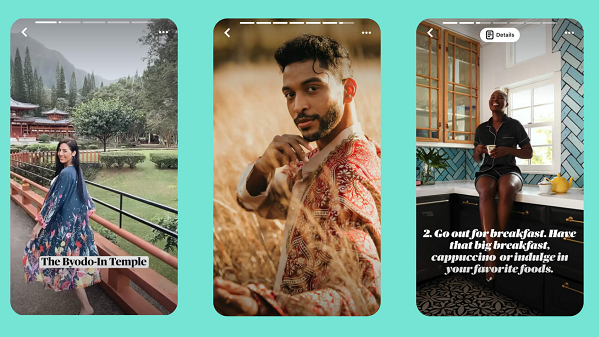 "All across the first class, creators got a lift from participating in the program. On average, Fund creators saw 2.9x more Idea Pin impressions and 72% more monthly viewers compared to their previous performance. And, combined, they gained over 24,000 new followers."

And now, Pinterest's opening up the next stage of its training and funding push.

"You can apply now through June 30 for the next round of the Creator Fund, which will run from August to September. In this second cycle, we’re looking to discover 10 more creators and give them the support they need to learn new skills and grow their Pinterest audience."

Specifically, Pinterest says that it's looking to fund creators who are part of the BIPOC, disabled or LGBTQ+ community in this next stage, as it seeks to maximize inclusion and diversity through the program.

It's the latest platform initiative to provide direct funding for creators, as each seeks to better incentivize the process, and keep their top stars from migrating to other, similar tools. Now, with every platform replicating one another, functional variance is no longer a significant differentiator, which means that the competition for top talent is rising - and without those platform stars, audiences will also lose interest and shift to other tools with their favorite web celebrities.

That's why TikTok has its own 'Creator Fund',  why Facebook is adding more creator monetization tools, why Twitter is exploring tweet subscriptions, why Snapchat has an AR creator fund, etc.

Social platforms have always provided a level of funding and assistance for some creators, to some degree, but now, these initiatives are becoming far more accessible - because in order to maintain audience connection, they need these top influencers to keep posting, and keep engaging their audiences in their apps.

Pinterest is taking a more targeting approach in its push, with a focus on funding minority groups, but the impetus is still the same, and it'll be interesting to see, as all of these similar tools evolve on each network, which, eventually, wins out, and whether that's a deciding factor in their long-term viability.

Definitely, for Pinterest, the competition for eCommerce creators is rising, which is why it's also added Idea Pins (its take on Stories) and other creative tools to provide more ways for users to engage their audiences in the app.

Its Creator Fund, in particular, is a good initiative, but creator funding overall is a key trend to keep tabs on moving forward.

You can read more about Pinterest's Creator Fund here.