TikTok has added some new tools to help users track and manage the time they spend in the app, with break reminders to limit the endless scrolling in feed, and a new dashboard for monitoring screen time.

It’s also implementing compulsory reminders for younger users after a certain time period in the app. 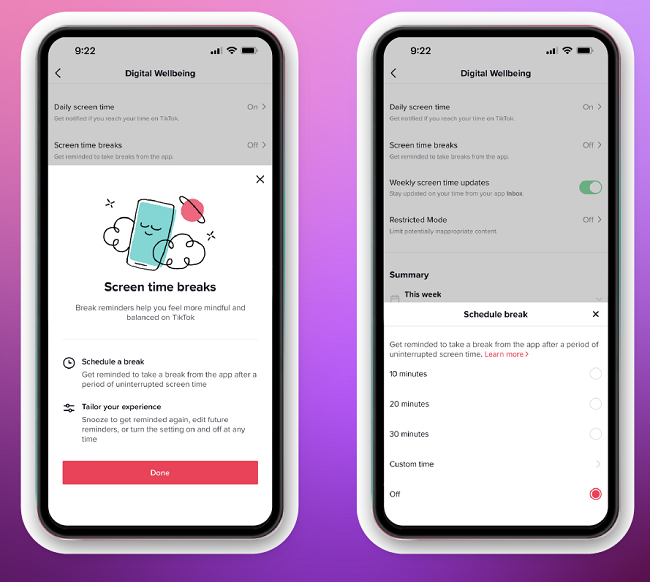 As you can see here, you can also set manual break reminders, which, at the least, will ensure that you maintain some awareness of the amount of time that you’re flipping through clips.

The new screen time summary, meanwhile, serves a similar purpose, by showing exactly how many hours you’re wasting away on memes and trending videos. 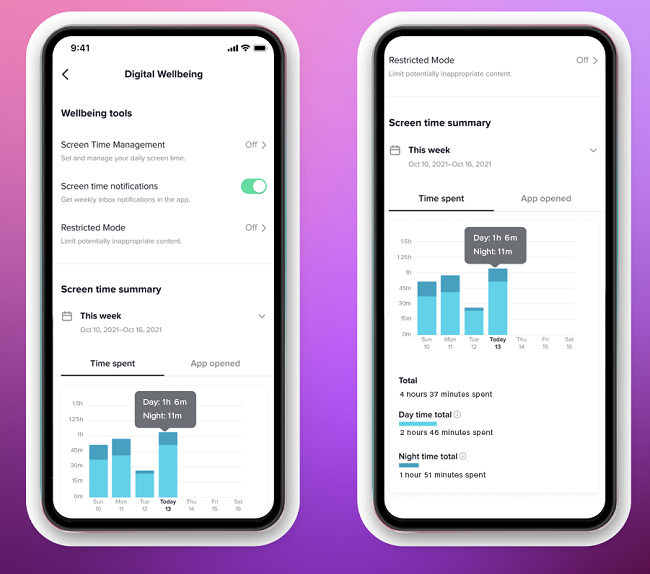 That’s probably not an element that a lot of TikTok users are going to want to check out, given the compulsive nature of its algorithmic matching, but you may also need to confront the charts at some stage in order to recognize just how much those short clips are eating into your free time.

Though that is the main limitation here. In order for these tools to be effective, people actually have to go the effort of using them.

Which is where this element comes in:

“We'll also be introducing weekly digital well-being prompts for younger members of our community. When someone aged between 13 and 17 has used the app for more than 100 minutes in a single day, we will remind them of our screen time limit tool the next time they open the app.”

That doesn’t, of course, make people implement reminders or limits, but it goes a little further in prompting users about their activity, which could help to reduce addiction and related issues.

In addition to this, TikTok’s also launching a new digital well-being guide to underline the potential harms of overuse. 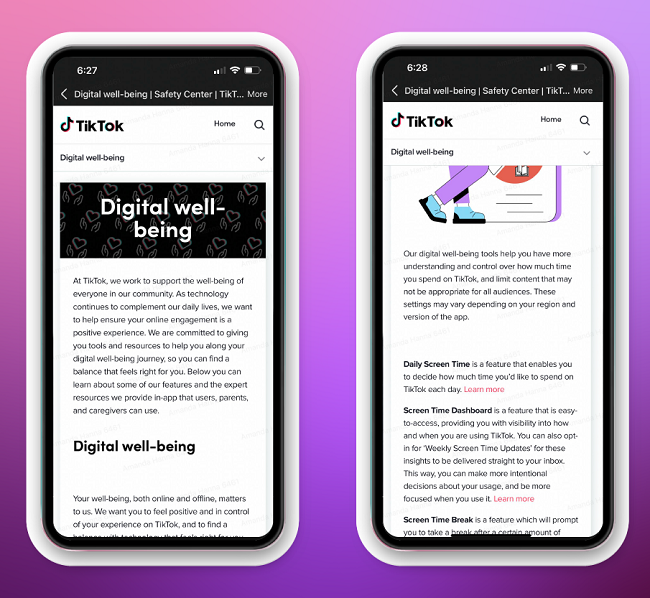 The updates come amid rising concerns about the negative impacts of online interaction, particularly among younger users.

Last year, The Wall Street Journal published an internal research report from Meta which showed that Instagram usage can be harmful for teenage girls, especially given the addictive nature of the app.

China, meanwhile, is currently considering an expansion of its restrictions on online gaming for minors. Last year, the CCP implemented limits which give people under the age of 18 only three hours per week of play time for online video games. A proposed update to this would see the inclusion of livestreaming and social media services in these bans, while all apps operating in the region will also be required to provide a ‘youth mode’ with variable limits on usage time and content.

In some ways, TikTok may be working to get ahead of this next shift, which has become a bigger point of focus in the wake of the pandemic, which forced many youngsters to spend more and more time online.

Enhanced screen time tracking and reminder tools provide good, manual solutions on this front - and given how easy it is to lose hours at a take scrolling through your For You feed, it could well be a highly utilized tool, for users of all ages.