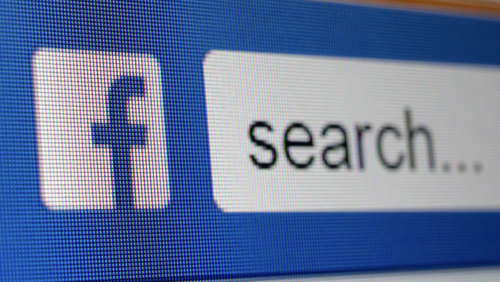 Among the more interesting notes stemming from yesterday's Facebook Q2 earnings call was CEO Mark Zuckerberg's mention of the growth of search on the platform:

"With Search, we're continuing to build a better experience for our whole community. We recently crossed 1.5 billion searches per day and we've now indexed more than two trillion posts. This is a huge set of unique experiences and perspectives, and by allowing people to unlock this knowledge, we have a huge opportunity to create value for the world in coming years."

Those numbers were surprising - who know that so much search activity was taking place on Facebook? Later in the call, CFO David Wehner clarified that most of those searches are for people and posts, and that they're not looking at Search as a "commercially relevant" option at this stage. But those figures piqued the interests of analysts - in a post earnings note, Bank of America/Merrill Lynch suggested that Search alone could present a $5 billion opportunity, assuming even a small amount of incremental revenue can be generated per search via ads. That figure is greater than the current projected earnings potential of Instagram.

Whether it's a commercial proposition now or not, the fact that Zuckerberg chose to mention Search within the context of the company's growth opportunities suggests that Facebook is, indeed, looking to both improve and, eventually, monetize Search. But what does that mean in the wider context of the Facebook experience?

Search has long been flagged as one of the areas of opportunity for Facebook. Their first significant foray into improving search was the introduction of Graph Search back in March 2013. 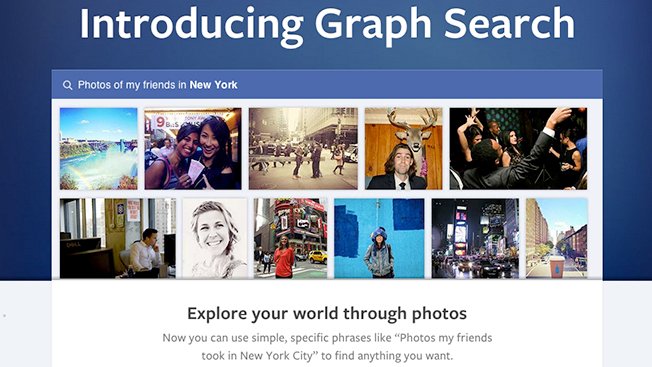 Utilizing semantic search capabilities and Facebook's many network cross-linkages, Graph Search can show you search matches for content from within your immediate and extended network (friends, and friends of friends) based on conversation queries. For example, you could enter in "What movies do my friends like?" and Graph Search will return you a list of results of films that your friends have given the thumbs up to. You could ask "Which of my friends live in New York?" and Graph Search can show you all the people you're connected to who live in NYC and surrounds.

But Graph Search also has some problems. For one, content privacy has proven to be both a limitation and a concern.

In regards to limitation, your searches are logically restricted to only those people with whom you're connected to or those within your extended networks who've given permission for you to see their content - i.e. posted publicly. Graph Search uses Facebook's back end Unicorn indexing system to uncover content based on your social graph and wider connections utilizing "trillions of edges between tens of billions of users and entities" in order to uncover the content most relevant to your search. This means Graph Search uncovers content more personally relevant to you, so it's not a general search engine like Google, it's a reference point based on personal connectivity within the network - every user's search results are unique to them.

But more concerning in regards to Graph Search is that it can uncover anything that's not locked down on your Facebook profile. For instance, I can do a search for "Friends that use dating apps" and get a complete listing of all my friends who use various dating services, including what services they use. I can search for "All photos of [user name]" and get an entire visual history, I can search for "Groups joined by [user name] and get a listing of the groups they're in - I could even do more controversial searches like "Current employers of people who like racism" and find a listing of companies that, theoretically, hire people who are racist.

The problem here is two-fold - one, most people don't fully understand how Facebook's privacy settings work (not even Mark Zuckerberg's sister fully gets it). And two, even if you set all your privacy settings as tight as you can, you're information is still governed by groups you join and friends you're connected with. If a friend posts a picture of you publicly, your privacy settings won't necessarily matter - and while you can stop that content from being shown on your page via your settings, you can often still find it via Graph Search. Because Graph Search isn't limited by your personal privacy settings, it's based on the privacy restrictions on each piece of content it's accessing.

What's more, Facebook has moved to restrict the results of Graph Search more and more over time, because unrestricted, advertisers could find out a little bit too much information about their page fans. For instance, you can use Graph Search to find out common interests among your page fans by typing in "Favorite interests of people who like [page name]". Originally, that listing was presented in descending order, with the most "liked in-common" pages among your fans at the top, then Facebook changed it so the listing was based on affinity (correlating how each person was connected to you), but you could still click on each interest and get an idea of how popular it was amongst your fans by manually counting how many people liked each interest. This has also since been changed.

The problem with this, from Facebook's perspective, is that if you can work out the most common interests among your fans, you might not need Facebook's ad targeting so much, as that type of contextual information is a core element of their value offering. While such audience insights are massively useful, Facebook would rather you pay to utilize them than work it out for yourself - and thus, Graph Search functionality in this sense, over time, has been reduced.

Due to all these, and other related concerns, a year after Graph Search was rolled out, Mark Zuckerberg went on record to say that it wasn't working as expected:

"When it's suggested that Graph Search works about half the time, Zuckerberg says that's being generous. Vernal, the engineering vice president, says Graph Search was the last major product designed primarily for desktop computers. It's now being redesigned for phones. He cites the opportunity to use a user's location to deliver results relevant to where they are. If a user is traveling in New Zealand, for example, Facebook should serve up previous updates and insights from Facebook members who have visited Auckland. Vernal says harvesting all this data, amid some trillion status updates posted throughout Facebook's history, is "a multiyear journey."

As a result, a new Facebook Search was rolled out in December 2014 which focused on mobile and put more emphasis on finding old posts and posts from friends than searching the network more widely. Facebook also removed auto-complete queries from the search bar, limiting Graph Search functionality - while you can still utilize most Graph Search queries, it's not as easy, and theoretically, that's how it'll remain till Facebook introduces a new search option.

Given Zuckerberg's mention of Search within the Q2 results context, the implication would be that Facebook is working on a new version of search. No doubt they've been working on it for some time, but with The Social Network now taking the battle to Google in regards to online video supremacy, it would be no surprise, also, to see them attack the search giant on two fronts. Search has long been Google's kingdom, one they rule definitively - but Facebook, ever keen to keep users within their walls an on-platform for longer amounts of time, now has the capacity to make a real challenge to Google's dominance in this regard.

Zuckerberg's note that they've indexed two trillion posts would have sent a shiver through the spine of Google execs. That's a massive amount of data, a huge range of audience insights Facebook can access to make an improved, more functional, search product. And that's before you even consider the advertising potential - in 2014, Google's ad revenue was more than $59 billion, with search ads accounting for up to 70% of that figure. That's a pretty huge potential market for search ads - if Facebook can take even a portion it'd be significant. You can see why analysts are excited by the prospect of such a possibility.

Given this, Facebook is undoubtedly examining their options for Search, and the beneficiaries of this (besides Zuck and his compatriots) are likely to be everyday Facebook users and marketers. By opening up the doors to their data trove, Facebook will likely have to accept the need to give over access to more information than they have previously. Will this impact Facebook's advertising revenue? I suspect it won't, as Facebook's advanced targeting based on interests and behaviors is very powerful - even if you had access to all the insights they use to fuel this engine, you'd still need to use Facebook ads to reach the widest audience. There are, of course, the ongoing concerns about user privacy and restricting access to information that users would rather not be made public, even if they're not sure how the settings work. But Facebook is always looking to promote their privacy settings and get users to more actively restrict their data - their ongoing efforts in this regard may be part of the wider picture in opening up the reach of Search.

While there's a lot of unknowns, and Facebook's playing down the commercial prospects for Search, the numbers and potential all suggest that there's more behind Zuckerberg's statement than it being merely an observational note. Rest assured, Facebook is working on the next evolution of Search, and will likely make a significant announcement on this front within the next year.