In April last year, a report published by The Information highlighted a rising problem at Facebook - people weren't sharing as many personal updates as they used to.

Data obtained by The Information suggested the sharing of personal posts - people's own thoughts and photos - declined by 21% between mid-2014 and mid-2015, which inspired Facebook to put together a team to tackle what they'd labeled "context collapse", with Chief Executive Mark Zuckerberg calling on staff to come up with new ways to inspire more personal sharing.

The result of this has seen an increase in updates and tools aimed at boosting personal sharing, including the 'Family and Friends' algorithm change back in June, the introduction of new automated video tools to boost interaction (like birthday videos), and prompts inserted into the top of people's News Feeds which remind users of major world events or happenings that they might want to post about.

But have those efforts worked?

According to a new report from micro-influencer marketing platform Mavrck, which examined more than 25 million Facebook posts from personal profiles during the course of 2016, there was a 29.39% decrease in posts per Facebook user in 2016. 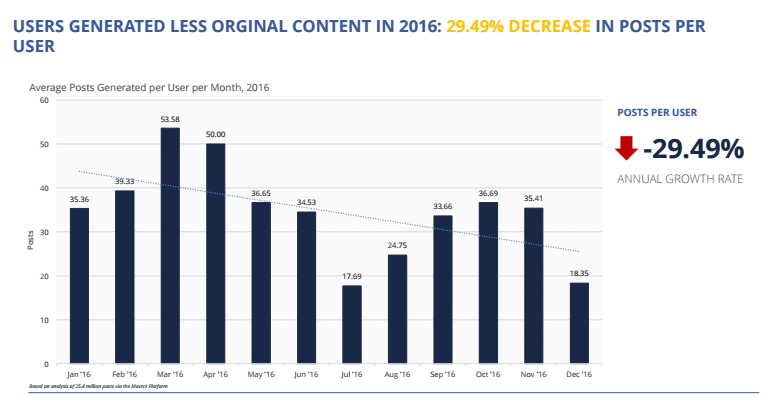 But that said, Facebook's algorithm shift to give more priority to personal posts did evidently have an impact, with engagement per post increasing more than 26% over the course of the year. 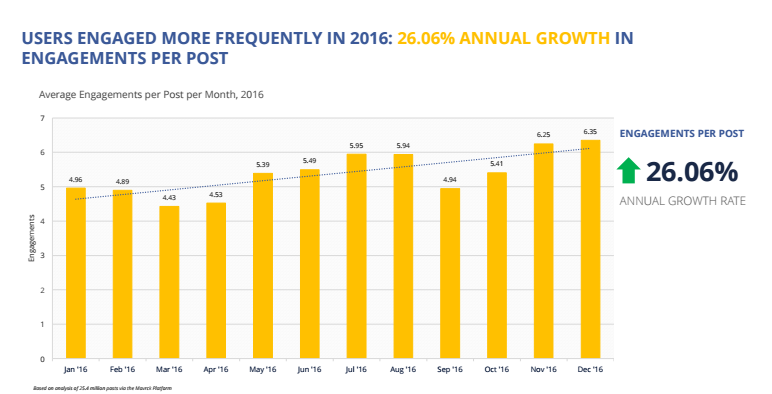 So on average, people posted fewer updates, but when they did post, engagement increased as those new changes came into effect - though the overall engagement levels for 2016 were still down on 2015 numbers. 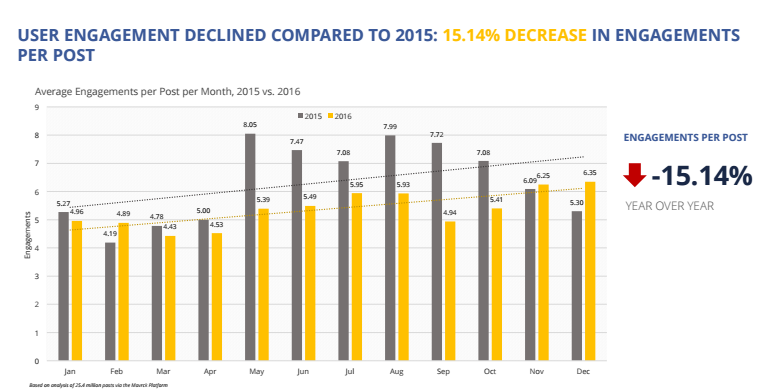 As you can see from this chart, engagement had been in decline from September 2015, but Facebook was able to address this, with those numbers increasing from April 2016 onwards (other than a two month dip in September/October).

The Mavrck research team has actually mapped engagements per post to key algorithm changes and updates, highlighting the effect of Facebook's efforts on this front.

It's worth underlining here that this data is based on personal updates only, not Page engagements, so the insight may be less relevant for brands, but personal engagement is crucial for Facebook to help build their context engine which fuels their all-powerful ad targeting machine. The more you post, the more Facebook learns about you and your preferences, and the more you're likely to remain active on Facebook for longer periods - though it is interesting to note that the average time users are spending on Facebook properties, per day (50 minutes), did increase between 2015 and 2016, while daily active usage has also remained steady in proportion to overall user increases.

Basically, all Facebook's key metrics remain solid, but it does appear, at least based on this data, that people are sharing less about themselves.

Given the stats, the data would suggest that people are sharing more publisher content, which, as has been heavily discussed in recent months, can pose its own problems. For publishers, this is obviously a good thing - more people sharing more content more often - though the subsequent flood of Facebook content, and the prioritization of personal updates (even if there are fewer of them), does make it harder to stand out in our ever-crowded feeds.

From a marketing perspective, the data also underlines why user-generated content and advocacy are becoming increasingly important on Facebook. With Facebook looking to prompt more engagement, personal posts are seeing more exposure, which is resulting in higher engagement for each. Using that boost can be a great way to cut through outside of the sphere of regular publishing, helping to spread your brand message further. 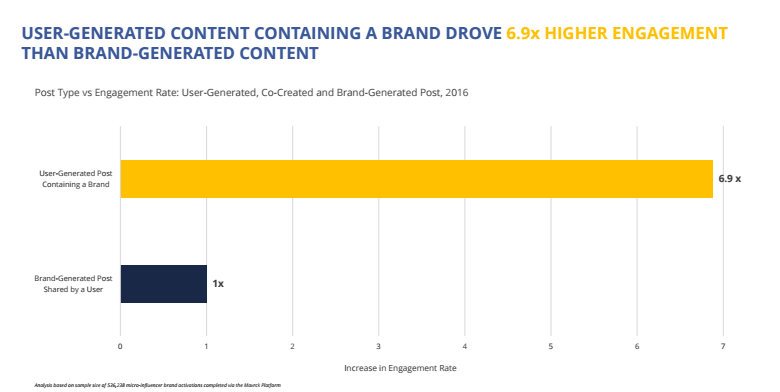 The data also raises a question about whether Facebook is drifting away from its 'social' network roots. If personal updates continue to decline in favour of content sharing, that increases Facebook's status as a media and distribution channel, while the social aspects increasingly take a back-seat - likely shifting across to more intimate and private conversations on messaging platforms.

That does seem to be the wider shift - Facebook's where you broadcast significant news in between sharing the latest articles, while Messenger, Snapchat and even Instagram are becoming engagement hubs, where people are interacting in more intimate groups.

Could this also be a side effect of the skewed news cycle, where people are retreating into their own comfort zones to discuss their views to avoid confrontation on more sensitive topics?

Either way, there are some interesting considerations here.