While it may appear that some of the heat has gone out of the video push by social networks, video content is still very clearly where both platforms see their biggest opportunities in future.

This week, various reports have indicated that both Twitter and Facebook are re-upping their video efforts – and worth a reminder, back in 2016, Facebook CEO Mark Zuckerberg said that in a few years, “the vast majority of the content that people consume online will be video”, citing technological progression.

While the live-streaming fad appears to have eased off, and Facebook’s ‘Watch’ platform hasn’t yet delivered a heap of must-see content, video should still be a key consideration for all digital marketers moving forward.

Three years ago, at SXSW 2015, live-streaming was being heralded as both the present and the future of social communications. Highlighted by the arrival of Meerkat, the capacity to share your personal experience, at any time, anywhere, via your mobile device was - and largely still is - the closest you could get to sharing your unique perspective, which reaches to the core of what social media is all about. 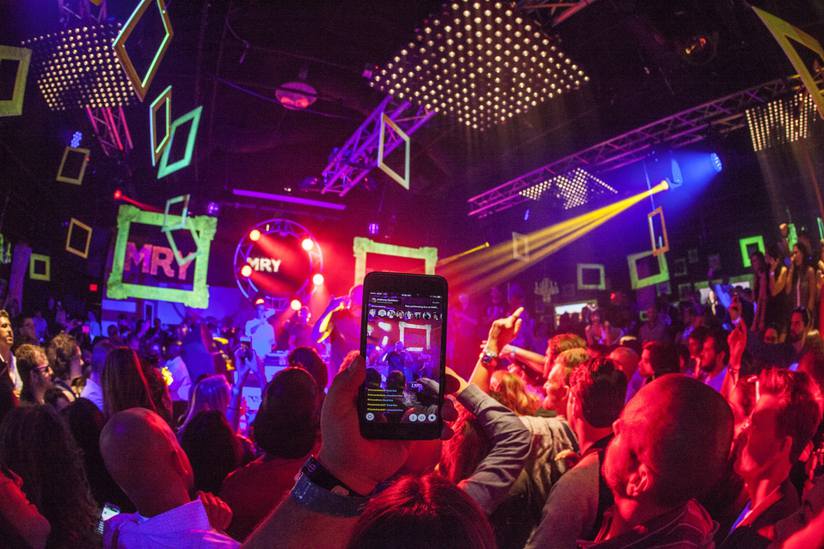 But then, some of the key players lost their way. The aforementioned Meerkat shut down, as did group streaming app Blab, muscled out by bigger players like Facebook Live and Twitter-owned Periscope. Yet even the bigger players have faced the same challenges Blab and Meerkat lost out to – as explained by Blab CEO Shaan Puri at the time of their closure:

Indeed, live-streaming is difficult as an entertainment option, because not everyone is able to do it well, so you end up with streams of low quality, offensive, even bizarre material that simply doesn’t attract viewers, and a single poor experience can be enough to turn people off of streaming altogether.

And that’s not to mention the ongoing issues streaming platforms have had with abuse and sexist comments, particularly directed towards female streamers, and even minors, which is clearly a significant concern.

The combination of these factors, along with the data load (and associated costs) of streaming has seen the emphasis shift from giving everyone the capacity to broadcast to providing publishers with the opportunity to create their own TV-like programs on social channels, which then provides new avenues for advertising and revenue – and worth noting, TV advertising is a $70 billion sector, in the US alone.

More people are viewing content on their smartphones and connected devices, and more people are using social platforms – the equation makes sense. But thus far the results have not reflected the promise as hoped.

As noted, Facebook’s big push into this new area of video content is Watch, their video content-specific platform.

Watch is currently only available in the US, and the platform has seen modest success with programs like ‘Ball in the Family’ (following the exploits of LaVar Ball and his basketball playing sons) and ‘George Takei Presents’, which looks at scientific discoveries. In fact, according to data from analytics company Canvs, educational programming has thus far been the most successful on Watch, with Horror and Gaming content following behind. 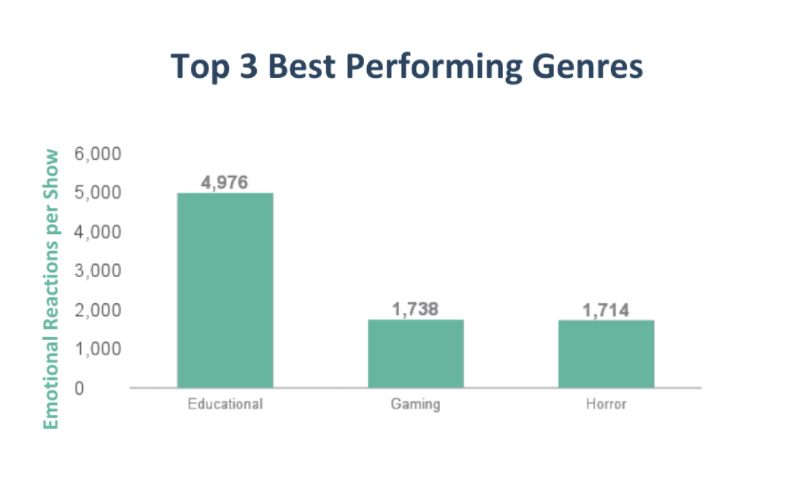 But even with some programs gaining momentum, Watch hasn’t quite delivered the big hits Facebook was hoping to see. That lead to Facebook reducing their initial funding for Watch programs – in the early stages, Facebook was paying big dollars to get publishers across to Watch, but they’ve since ceased most of those payments.

That had always, reportedly, been Facebook’s plan – according to Zuckerberg:

“We just want to start the flywheel going [with publisher content] so that way there’s content and communities that are there that support this use case of people coming to Facebook to specifically engage in that. Long term, our hope is that the business here will primarily be through revenue shares of videos that normal creators and businesses put into the system, rather than the ones we proactively go out and license ourselves.”

“Facebook wants to allow more people to create their own shows on Watch, according to three media agencies who asked they remain anonymous because the conversations are private. Instead of buying rights to these shows, however, Facebook wants to create a system where creators can upload their shows for free, then earn a cut of the revenue from ads placed on that content — similar to how YouTube pays its online creators.”

That would then enable Facebook to make money from user-generated content – the way they currently operate, but even then, Facebook knows that they still need to sweeten the deal with publisher-originated material to draw an audience to Watch in the first place.

Earlier this month, Facebook announced a new deal with Major League Baseball which would give The Social Network the exclusive rights to stream 25 afternoon games on their platform. That’s a big win for Facebook, though one that comes at a cost – Facebook will reportedly pay up to $35 million for the rights, after competing with other providers.

The combination of being able to watch sports events while commenting on social makes perfect sense, and has been a focus for both platforms - but in order to compete with the growing offerings from providers like Netflix, and increasingly YouTube, both Facebook and Twitter need to diversify, and likely, need to be able to provide ways for viewers to watch their content on their home TV sets.

Indeed, both YouTube and Netflix benefit from their expanded capacity to stream direct to home TVs – while digital device viewing is increasing, Netflix recently reported that  70% of its streams are viewed on connected TVs, instead of on phones, tablets or PCs. YouTube has also reported significant increases in TV-streaming in recent times.

Both apps are easily accessible through gaming consoles and other direct connection options – and worth noting, there are now hundreds of millions of connected gaming devices in US homes which have the capacity to stream both Netflix and YouTube. 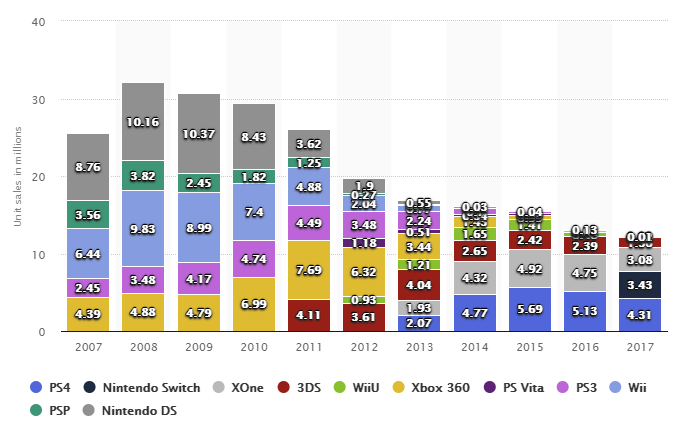 If Facebook and Twitter want to compete, they’ll likely need to deliver better direct connection options for home TVs – while Facebook has put emphasis on short-form, mobile-friendly content for Watch, the trend data suggests that they will need to enable improved variable screen viewing.

And they may be looking to do just that – already, Facebook has improved its TV connection options, while reports have suggested that The Social Network's developing its own smart home device, which could also provide direct TV connection.

If that happens, that will make video an even more significant consideration on The Social Network – if it’s not already, considering the extra attention Facebook gives to video content.

And this is the other key consideration for digital marketers, in particular. Various studies have shown that video on Facebook garners more reach, engagement and shares than any other content type.

Video was also specifically emphasized in Facebook’s recent announcement about reducing the reach of Page posts in favor of person-to-person engagement – as noted by Facebook’s News Feed chief Adam Mosseri:

Clearly, Facebook still wants more video content, and it may be one of the best ways for brands to lessen the impact of the coming changes, some of which are already in effect.

Twitter, too, is looking to give video more emphasis – this week, the platform announced a test of new, top of feed modules for breaking events, which will include relevant video tweets, while they’re also, according to Digiday, looking for publishers to create more live shows “with segments that can be cut into clips”. Those clips can then be ad-supported, and can reach more viewers than the initial live broadcasts - they’ve cited BuzzFeed’s ‘AM to DM’ as an example of this.

"It seems like [Trump] has his own March Madness bracket going on" with his staff, says @tparti pic.twitter.com/A1o8ZNwXA2

Reports have also suggested Twitter’s working on a video-focused ad offering within Twitter Moments, which could see them look to push Moments' reach.

As algorithms take more precedence, it’s clear that video still remains a key focus, which may mean that if you want to minimize the potential reach losses of such changes, video should be high on your list.

Of course, playing to algorithms may ultimately be a losing game - but for many, they now have little choice. Considering this, and the ongoing increase in use of social platforms, if you’re not tapping into video yet, it’s worth some extra thought.

While it may seem that the platform video ambitions had fallen away slightly, all indications are that it’s about to get another big push.

And again, for the final point, we turn to Mark Zuckerberg.

Last year, Zuckerberg described video as: “a mega trend” of “the same order as mobile".

While, as noted, some of the buzz seems to have lessened around Facebook’s video push, I doubt Zuck would have changed his position – video remains a key element in the ongoing monetization plans for both Facebook and Twitter, and is likely to see continued emphasis through their product updates and changes moving forward.

As noted, chasing algorithm shifts is not necessarily an ideal business practice, but if you are looking to safeguard yourself against algorithm changes and tweaks, video is likely your best bet, at least for the foreseeable future.

Will it safeguard you completely from traffic losses? No - but it may be your best option to generate maximum reach, and the opportunities for future exposure through video, if the platforms can get their offerings right, could be significant.

It may be something you’ve thought about but not investigated, something you’ve discussed, but dismissed as too difficult. Whatever the reason, it may be worth re-adding it to your agenda, as video looks to be set for another big push as we move ahead.