Facebook Filed a Patent For an AR Hat, The Latest in its Evolving AR Push

Forget AR glasses, according to a new patent registered by Facebook, The Social Network is developing an AR hat, which would expand the immersion of the device, and facilitate more advanced AR experiences within an isolated, standalone unit. 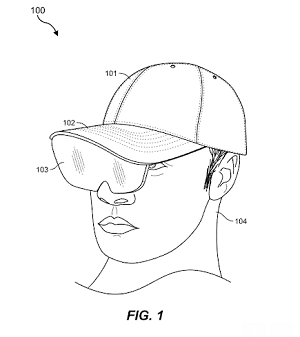 The patent was spotted by Founders Legal, which also provided a brief summary of some of the key elements of the device, which point to why Facebook may be looking to build an AR hat, in variance to AR glasses (which Facebook's also developing).

So a hat provides more spatial options for the required components than glasses alone, which could make it a better option for more immersive, free-standing AR usage, while Founders Legal also notes that the expanded surface area of the device would enable the addition of more digital sensors, including face tracking tools, microphones, environment sensors, etc.

"The extra weight added by the artificial reality system can be equally distributed throughout the band of the hat, rather than on a few pressure points, like the top of the user’s ears and the bridge of their nose, resulting in a much more user-friendly and comfortable experience."

Which all makes perfect sense - but would it look better?

That seems like a less relevant, maybe even a vain consideration, but the fact of the matter is that if AR glasses don't look good, even if they fo provide utility, people won't wear them, and take-up up won't be easy.

Google found this out the hard way with Google Glass, with the geeky reputation of the device quickly outweighing most, if not all of its potential value. The device had other limitations, of course, but the look of the glasses alone was considered a significant factor in market resistance, which eventually ended its potential as a consumer product.

Snapchat knew this when it first developed Spectacles, which is why it's specifically focused on the design and look of the glasses, while Facebook itself has partnered with EssilorLuxottica, the makers of Ray-Ban, to build its coming smart glasses, the first iteration of which will are set for release sometime soon. 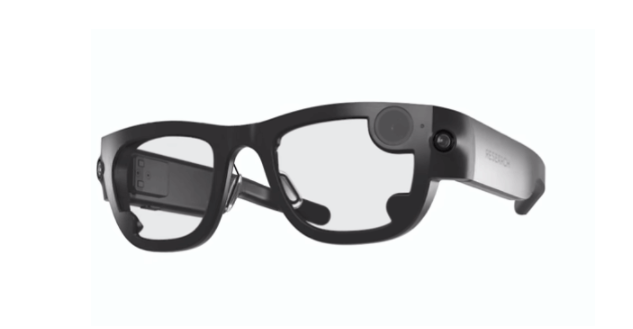 But that first version is unlikely to be fully AR-enabled, with Facebook now pitching its initial foray into AR wearables as 'smart glasses', which, like Spectacles, will enable the wearer to capture images and video of their real-world view, along with some other functions.

Maybe, then, an AR hat will be Facebook's first real shift into the AR wearable space. The added capacity to include more elements makes sense, and if they look reasonable enough, and not like you're wearing a space helmet as you wander around the local mall, then it could be a viable option, depending on where Facebook goes with it.

I mean, Facebook does note that there could be several variations of hat style in the patent:

An AR fedora, m'lady. Could see that one ending badly.

It's an interesting consideration - but equally, it is also worth noting that in all of Facebook's updates and disclosures on its in-development AR tools, it's made no mention of an AR hat. That could mean that the option has been shelved - or hung up on the hat rack, metaphorically speaking. The original filing date for the patent June 19th, 2019.

In any event, it is interesting to note the various developments in the AR/VR space, and where Facebook, in particular, is looking as it works towards the next stage of its process.

You can check out the full Facebook AR hat patent here.