Twitter Q2: Increased Users and Revenue, but Questions Remain Between the Lines

Twitter has posted its Q2 2019 performance update, showing increases in users and revenue, along with various other positive signs for the company.

But its Q2 report is also the first of Twitter's newly designed reporting structure, in which Twitter has stopped posting its monthly active user count, among other changes, which are seemingly designed to lessen comparison, and alter the overall narrative around the company.

That could be a positive - Twitter shares rose on the back of the update. But it also leaves some questions about its reported data, and what it actually means, overall.

First off, on users - Twitter says that is monetizable daily active user count (mDAU) increased by 5 million over the last quarter to 139 million in total for the period. 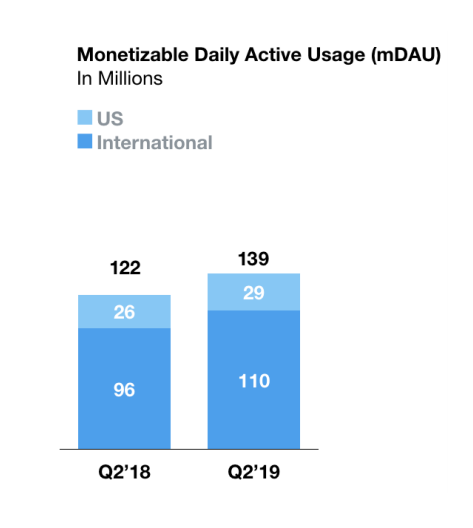 But as you can see, Twitter is far more keen to highlight its year-on-year growth rate - Twitter says that mDAU is up 14% in the last 12 months, a significantly better sounding story than adding just 5 million effective users for the quarter. 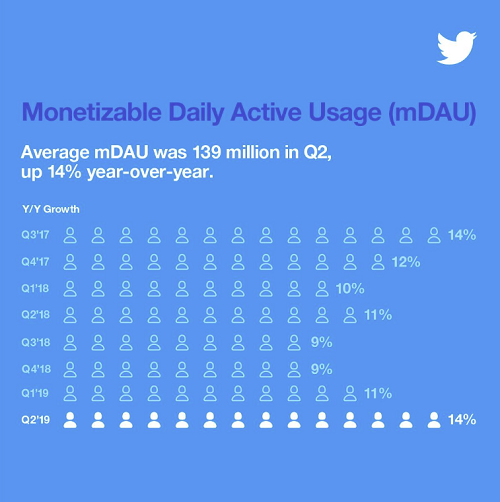 This, as noted, is how Twitter's working to change the narrative around its performance - while most social media platforms have traditionally provided charts of MAU growth, Twitter has not only stopped reporting MAU entirely, in favor of its newly created 'mDAU' stat, but it's also looking to re-frame growth around overall percentages, not the less impressive actual figure.

As you may recall, Twitter introduced mDAU in its Q4 '18 report - monetizable DAU, Twitter says, refers to:

Twitter says that this number is a more valuable metric, as it reflects actual advertiser reach on the platform, as opposed to Twitter simply highlighting the highest possible number of users it could.

In that sense, Twitter also says that its mDAU count is not comparable to other platforms - which is good for Twitter because: 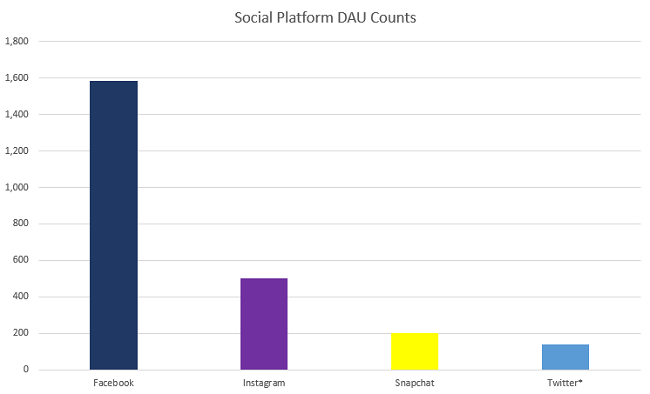 Snapchat, it's worth noting, reported an increase of 13 million DAU in Q2, more than double Twitter's mDAU growth rate.

In many respects, Twitter's mDAU approach is better - it shows that Twitter seeking to be more responsible and transparent in the way it represents its data, as opposed to trying to keep up with other platforms like Facebook, who it'll also look bad against anyway. mDAU might actually be a more accurate, accountable reporting system - but then again, Twitter's overall reporting also feels a little like an attempt at misdirection, like its working to re-route the market narrative and hide its true performance.

But its overall performance isn't bad - on revenue, for example, Twitter posted an 18% YoY increase to $841 million for the quarter, beating market estimates. 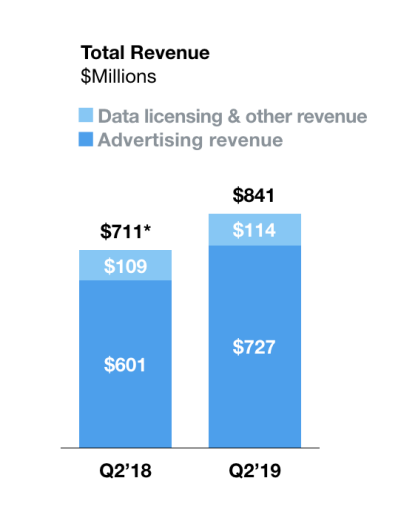 So Twitter doesn't really have anything to hide, as such, but its re-shaped reporting makes it seem as though it does, which may inspire reporters and analysts to dig deeper to find the flaws it's looking to cover up.

And there are some areas of concern - Marketing Land, for example, says that Twitter's ad engagement growth rates have declined over the past 10 quarters, despite the better-looking performance in Twitter's official stats. Twitter has also reported that bots and fake accounts still represent around 5% of its daily user count - but that it has seen an "18% drop in reports of spammy or suspicious behavior across all Tweet detail pages" as a result of its efforts to crack down on the same. 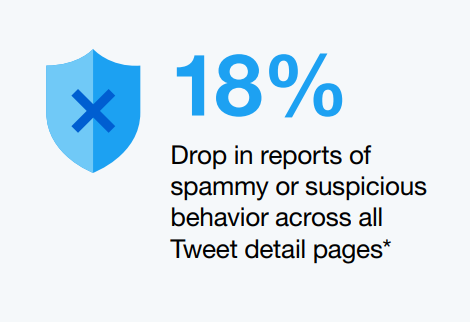 See that asterisk at the end of Twitter's number? Again, Twitter looks to be clouding its actual figures - 'tweet detail pages' are, according to Twitter, "pages which show the replies to any given Tweet on our service."

So it hasn't seen an 18% drop overall, but in reply threads. Which is less impressive, kind of, but also pretty good?

That's the problem with Twitter's newly designed reporting process, it's unclear, exactly, what it all means. Again, the market seems happy with the revenue numbers and mDAU count, so you can expect to see Twitter continue on with the same. But it doesn't feel as transparent - it seems like Twitter's efforts to redirect our attention may be disguising flaws.

Is Twitter doing better? It seems to be. It's not going gangbusters, it hasn't seen any massive increase, and it is continuing to test and add new tools like its improved desktop experience, its conversational features, swipeable lists from your main feed, new icons to clarify streams. Twitter also says that its algorithm is improving, delivering a more relevant home timeline for users.

Twitter seems to be getting better - but then again, a 5 million user increase is not overly impressive. Or is it? It's difficult to say based on this latest report format.