Everyone's favorite 6-second video app Vine has released an update, extending their recently upgraded search functionality to a new recommendations panel at the top of the user interface, guiding users to Vine content they may be interested in based on their on-platform actions. 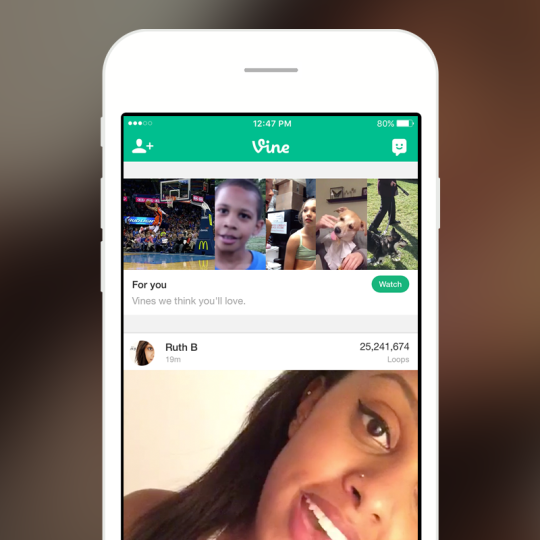 The recommendations are based on Vine's newly evolved search tools which are aimed at improving content discovery - back in June, Vine unveiled their upgraded search function which enables users to search for a much wider variation of terms.

This was a big upgrade to Vine's search capacity - previously, Vine users could only search by hashtag and/or username - then in October, Vine released a new 'Similar Vines' search tool which aims to show users similar Vine content to what they're viewing. Vine updated this functionality in November, refining their similar detection system with 'new kinds of recommendations and ways to access' relevant content. What, exactly, those recommendations and processes are is unclear, but it's likely based on what you've watched, as well as Vines watched by other users who match a similar viewing profile.

These new additions highlight the focus of Vine on improving the user experience and working with the rising video trend to get more people onto the platform. How successful they've been in this regard is another aspect that's hard to quantify - Vine doesn't release regular updates on active users, but at last count, Vine was serving more than 100 million users every month and 1.5 billion loops per day. Those numbers are impressive, but then again, one big reason why Vine might not be as interested in posting regular updates about user counts could be that those numbers are dipping - a look at Google Trends data suggests that searches for Vine have been on a gradual decline over 2015 (I've added Periscope numbers to the chart for comparison): 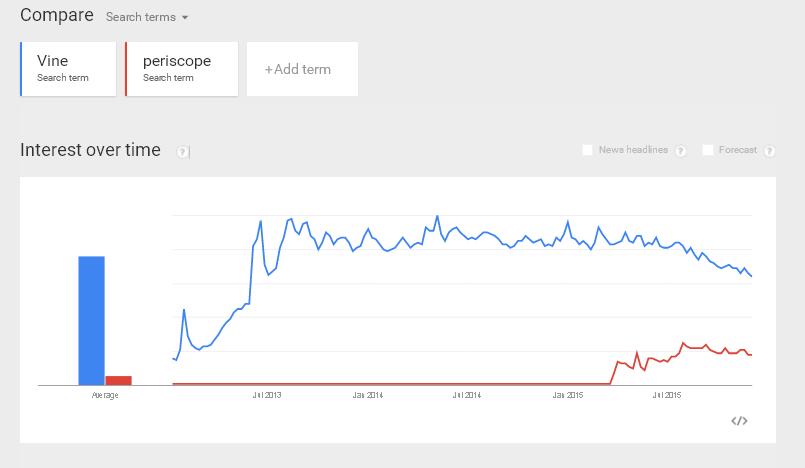 That tailing off, particularly after July, could be cause for concern for the video app, but at the same time, where Vine has seen big success is in becoming a key platform for identifying creative talent, which is another element the platform's been working to build up and highlight over the year.

Make no mistake, Vine stars carry a lot of clout in the advertising world. This has become even more pronounced in 2015 - with an increasing number of people watching an increasing amount of video content, and advertisers looking for ways to cut through the noise and generate attention and buzz in our increasingly cluttered social media timelines, demand is high for creative talent that can capture the attention of an audience, and do so quickly and in a natural way.

The best example of this is Facebook. Video's gone massive on Facebook over the last year - it's now serving more than 8 billion video views per day, which is double the amount of video content users were watching on the platform just six months ago. The introduction of autoplay video, along with advancements in mobile connectivity, has provided a huge boost for Facebook video content, so much so that Facebook's now on track to compete with, and maybe even succeed YouTube, as the home of online video content. And of course, advertisers are very keen to move with this trend - Zenith Optimedia reported earlier this year that online video is the fastest growing advertising category and is projected to grow 29% year-on-year through to 2017. But best success with autoplay video content requires a level of creativity - the videos start playing, without sounds, as people scroll through their Facebook feeds, but if you want people to pay attention, those silent sequences need to be compelling, particularly those first few seconds. And what's the best platform on which to find creative talent that can connect with an audience in mere seconds?

An increasing number of Vine stars have been able to convert their on-platform influence into real-world careers, some earning six-figure salaries from their work with brands. One of the ways through which they're able to do this is via Twitter's creator platform Niche, which aims to connect influencers on platforms like Vine with brands looking to spread the word across social media in a more engaging way. This is an area Twitter's looking to build upon in order to boost Vine, as well as their live-streaming app Periscope - they've built new features that better connect people's Vine and Twitter presences for one, and they've also added in other tools to help Vine users discover popular content around trending memes and by top Vine talent.

This could prove to be a powerful driver for Vine - if they're able to better showcase both the creative talent of users on the platform - which, as noted, aligns perfectly with the growing trend towards video content - while also highlighting to other potential creators the possibilities of building a career in doing so, that could lead to more people coming to Vine and drive up the popularity of the app. To do this, Vine needs to put a spotlight on success stories and work to boost the profile of those creators, while also ingratiating themselves with those influential users to ensure they're not enticed to cross over to other platforms where they'll likely be able to generate more money and more audience.

And, of course, that last point is the deal breaker, and the biggest challenge that pretty much ever platform faces in the current social media landscape. If a Vine star sees success and starts building a following, what's to stop Facebook luring them over with the promise of more money and a bigger audience? What's to stop YouTube doing the same?

YouTube's actually already locked in a similar battle with video game channel Twitch - gaming is a huge earner for YouTube, with 15% of all uploads to YouTube related to gaming content. With the emergence of Twitch - which now has more than 1.5 million broadcasters reaching 100 million visitors per month - YouTube's seen a growing number of their gaming stars switching across to the newer platform, a shift they're so concerned about that they introduced YouTube Gaming, a dedicated platform for gamers to provide more incentive for gamers to stay around.

That shift highlights the challenges faced by smaller players. You can see similar happening in live-streaming right now - with Periscope becoming more popular, Facebook's introduced it's own live-streaming option which will likely, eventually, provide more reach, better features and will draw a lot of Periscope creators across to their offering as a result. Vine's situation's slightly different, in that it would be difficult for another platform to emulate the Vine model of 6-second video content. But no doubt a lot of Vine's audience has already moved on to Snapchat, and there are other video tools on larger platforms that do provide similar functionality.

But Vine is still well-placed to win out - the platform has an established following and a great creative community that keeps people coming back. The key will be to establish good relationships with those creators to keep them making Vines and keep them drawing audience back to the platform. If they can do that, and they can introduce an effective strategy to better monetize Vine content and share that revenue with their creative community, then Vine's in a good position to build on their positives and maintain a place in the ever-shifting social landscape.