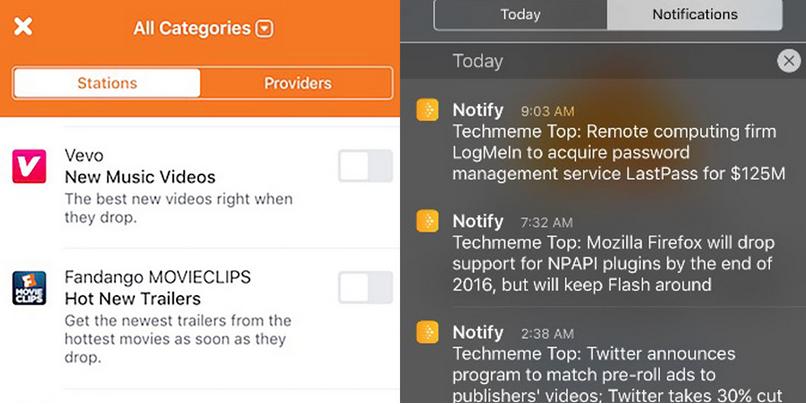 Facebook's over-arching ambition is to connect the world. This is a noble cause, and through programs like Internet.org, Zuckerberg and Co are working to provide greater accessibility and access to people, providing them with greater opportunities through connectivity. But the other side of that mission is that Facebook wants to connect the world - to Facebook. The Social Network wants to become the centre of everyone's connected lives, the very hub of the internet itself. And by and large, they're succeeding in doing just that - while Google has long been the connector, filtering us off to the various channels of the World Wide Web, in recent times it's been Facebook that's become central to more and more people's digital existence.

This is why Facebook is trying to get publishers to post direct to Facebook - more original content on Facebook means more people spending time within Facebook's walls, rather than filtering off to other sites. This is why Facebook's making a big push on video, trying to beat out YouTube and, again, keep people on site for longer. This is why they're introducing more on-platform shopping options, why they're adding more 'Reactions' - this is the why behind everything Facebook does and is doing.

In Facebook's Q2 results there was one number that stood out as a key area of internal focus for the company. Not overall active users (though that's crucially important), not revenue figures. No, the number of focus actually wasn't even listed in the documentation, it was noted by CEO Mark Zuckerberg as part of the accompanying earnings call.

"When it comes to time spent across Facebook, Messenger and Instagram, people are now spending more than 46 minutes per day, on average - and that doesn't include WhatsApp"

That is core to Facebook's mission - time spent is a key success indicator, and one which The Social Network is focussed on improving as they progress.

In order to support this, however, they need to keep innovating. Facebook knows that users can and will migrate, and they've learned, over time, how to hold audience attention and create products that matter. As such, they've also learned how to utilize other people's ideas. Take the recent addition of 'Doodle', which enables users to draw on their Facebook photos, a direct replica of the same functionality on Snapchat. They added Trending Topics last year, similar to the same offering on Twitter. By re-purposing popular features, Facebook is able to generate more on-platform engagement, using trends and data from their competitors as the research - which, when done right, is a brilliant strategy. And now they're looking to do this again, in a move that hits Twitter right in their key strength.

In a report originating from The Awl, Facebook looks to be testing a new app that would effectively serve as a real-time news source, and would function similar to Twitter itself. The app, called 'Notify', would aggregate notifications from publishers, alerting users to content as it's posted to Facebook. 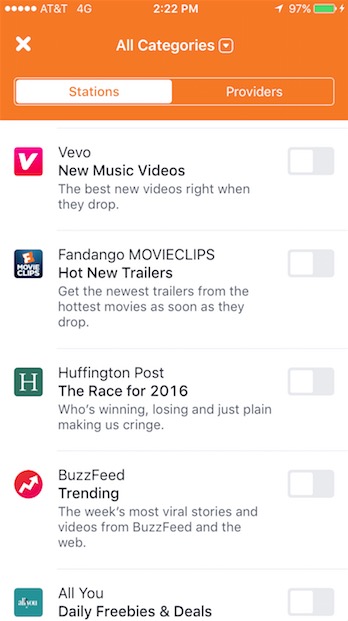 (image via The Awl)

As seen in this image, Notify users would be able to filter notifications by 'Stations' or 'Providers' - as noted by Napier Lopez over on The Next Web, 'Publishers' would, logically, be publications and content creators, while 'Stations' are more specialized news streams - 'BuzzFeed Trending' in the above image, or articles tagged under 'The Race for 2016' by The Huffington Post. This is similar to how Twitter is structuring their new 'Moments' offering, delivering curated, real-time news content on specific topics and events. If successful, Notify would be a direct competitor for Moments, but more than that, if Notify were to be coupled with an increased take-up of Facebook's 'Instant Articles' - where publishers post content direct to Facebook - then Notify might actually be able to break news stories ahead of Twitter.

In order to keep users updated in real time, Notify would alert users to new content, as shown in a second screenshot via The Awl. 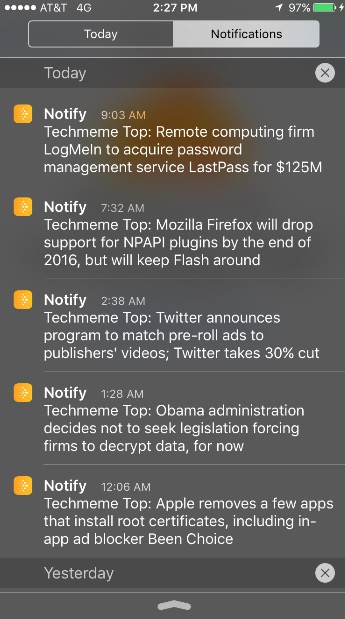 (Image via The Awl)

This would effectively give users a choice - get your breaking news from Twitter or Notify, and while Facebook would be setting itself quite a task to unseat Twitter in this regard, what would make it more interesting would be if Facebook were able to utilize their troves of personal interest data to fuel the content selected for each users' Notify feed. If they can attract more content creators - through Instant Articles and through the recently updated Facebook Notes platform - and they can maximize the utility of Notify through the data they have on user preferences, there might be a way for Notify to become the new source of breaking news and real-time information.

It's very early days, and it's too hard to make any calls from a couple of screenshots, but it is interesting to see Facebook's approach as it continues on its path towards dominating our attention.

Notify will reportedly launch within the next month or so.