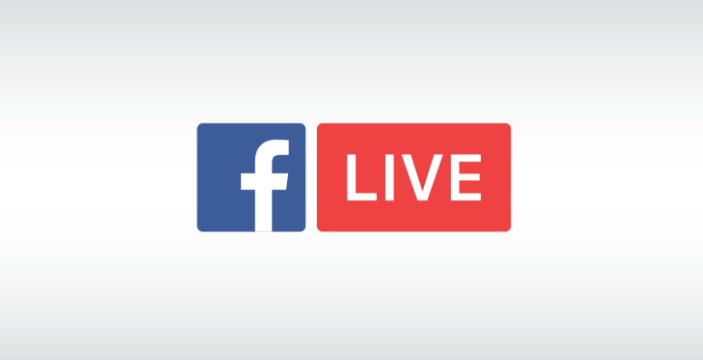 In June last year, reports circulated that Facebook was paying media companies and celebrities millions of dollars to broadcast exclusive content on Facebook Live in an effort to boost their rapidly expanding live content ambitions.

The Wall Street Journal reported that Facebook had signed over 140 separate contracts, at a cumulative cost of around $140 million, to get these high profile users onto Facebook Live, which was seen by many as the platform's first big step into the next stage of online content, towards building Facebook as a video platform to rival not only YouTube and other online providers, but one which might also challenge traditional TV itself.

Twitter too has signed exclusive live-stream deals, and YouTube's also working on original content, and with more and more people consuming more and more video content online, the next stage of media consumption does appear to lie in the hands of online platforms.

But now, things may have taken a turn - according to Recode, Facebook is set to stop paying publishers and celebrities to create live video on the network.

Does this mean live-streaming hasn't proven as popular as Facebook had hoped?

As per Recode, numerous publishers have noted that Facebook is de-emphasizing Live in talks with them, and none of them expect Facebook to renew their existing paid live-stream deals.

"Instead, Facebook is pushing publishers to create longer, premium video content as part of a larger effort led by Facebook exec Ricky Van Veen. The hope is to get more high-quality video onto the platform and into your News Feed - the kind of stuff, presumably, you might find on Netflix."

Recode does note that Facebook never intended for these paid deals to be a long-term arrangement, that they were more focused on getting Live off the ground - but still, it raises the question. Is Facebook not seeing the return from Live they expected?

While no one knows for sure, those critical of live-streaming have taken this as a clear sign that it's a failed offering, that the closure of other live video platforms like Meerkat and Blab were indicators of a doomed idea that'll never take off and deliver.

But then again, Facebook's still investing big money into their Facebook Live ad campaign, and they recently noted that millions of people around the world used Facebook Live to broadcast their New Year's celebrations. Both of these relate to consumers, as opposed to publishers, but the signs all point to Live's ongoing growth, while Facebook-owned Instagram is still in the middle of rolling out their own live-stream offering to all users.

So could it be that Live is now seen as a consumer product and not a publisher option? And if so, where does that leave Facebook's ongoing video ambitions?

A Question of Perspective

On balance, the suggestion that Facebook Live may not be delivering seems unlikely. Publishers are seeing big results with Live content, generating huge viewership and engagement, providing them with a whole new way to reach a larger audience. Monetization, of course, has been a key concern, but Facebook's working to resolve that, with a wider roll-out of mid-roll ads (which have been available for some publishers in Live since last August) and the likely coming implementation of Live commercial breaks.

With those tools in place, maybe Facebook simply doesn't need to pay publishers anymore, maybe they've been able to demonstrate the potential of Live enough to no longer need to make incentive payments to keep them broadcasting.

This was the view of Nick Cicero, the CEO of video analytics software platform Delmondo, whom I sought for his thoughts:

"There are more ways for publishers to make money from Facebook than ever before, and they've rolled out things like branded content tags and custom post types to facilitate this. I don't see them moving away from live video at all, just expanding the various types of video content all publishers could produce, distribute and monetize."

Indeed, Recode does also note that:

Which element of that statement you focus on likely highlights your opinion on live content.

As noted here by Alex Kantrowitz of BuzzFeed:

You can read this two ways: A) Enough users now going live FB doesn't need publishers as much or B) Live isn't as compelling as FB hoped https://t.co/DxrVzol9K7

As is the case with most things in social, individual results will vary - those seeing results will note the positives and will still see Live as full of potential. Those who aren't, won't.

The truth, really, is in the eye of the beholder - or at least, the tale of the data relative to your efforts.

But here's the thing - even if Facebook is looking to focus more on premium video content in other, more produced formats, that's still not a bad thing for live-streaming.

Facebook has long stated that they expect the News Feed to be 'mostly video' by 2020, and that approach has been re-iterated by the wider shift to Live and the introduction of newer tools like 360 broadcasting and a dedicated video tab to improve video content discovery in the app. 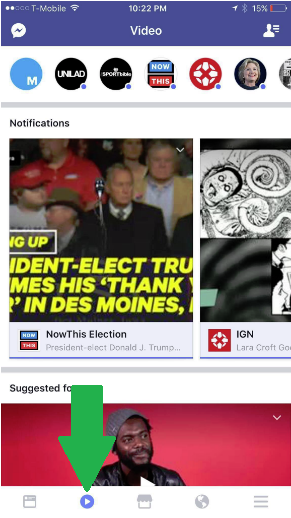 Live will remain a part of that - and right now, Live content is still generating better reach, on average, than other post types across Facebook's network of more than 1.79 billion total users.

For this reason alone, ignoring Live is not really an option, and while Facebook could eventually de-emphasize Live content and choose to focus elsewhere, the likelihood is that Live content will remain a significant part of the platform's wider video push, which, eventually, will see the platform become a genuine TV rival.

As we've noted previously, Facebook's approach on this front could go something like this:

If Facebook can cross that threshold, and get their video content streaming direct to people's TV sets, that'll be the next big step - for Facebook video and also for Facebook Live. They're already working on this, of course, Facebook already has an app which enables Apple TV or Google Chromecast users to cast Facebook video content direct to their TV sets, but expanding that functionality to more users will be the next major step.

And they're working on that also.

In this context, the decision to not renew these live-stream contracts seems more a part of the bigger plan than a deviation due to poor results.

It could be, of course, maybe we're going to see Live lose steam in favor of other content options, but the evidence would suggest that Facebook is not backing away from Live at all just yet.

As always, watch this space, but there's quite a lot to play out on this front.